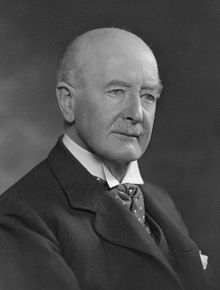 A Welshman with the genius for relieving pain
By Glyn Roberts 08.06.1934

Sir Thomas Barlow, a great doctor, has said that there is a certain type of Welshman to whom the relief of suffering comes so naturally that it appears to have genius which is an infinite capacity for not having to take pains.

Men of this type are born, it would seem, already instinctively understanding the fundamental problems of medicine. To such men the acquisition of the technique of whatever branch of medicine they take up is, compared with its difficulties for the average student, child’s play, and they almost invariably go right to the top.

There is a number of such men among the leading doctors of the day. Hardly a hospital the length and breadth of Great Britain, hardly a school of medicine in the Dominions, but has one or more Welshmen on its staff.

Among the most brilliant specialists of the day are Sir Milsom Rees, whose particular sphere is the throat, nose and ear; Sir Thomas Lewis who has no superior as an authority on diseases of the heart; and Dr Tudor Thomas, the Cardiff eyes specialist, whose amazing achievements have made his name and that of Cardiff famous all over the world.

Half a Century’s Work

The brain has attracted at least one brilliant medical mind which has come from Wales in the last century. That is Sir Robert Armstrong Jones, C.B.E., who has achieved an enormous variety of honours in his career, covering more than half a century, as an alienist.

The friendship and the friendly rivalry of Sir Robert Jones, Liverpool’s great orthopaedic surgeon, was one of the factors in driving both of these talented young medical men forward from one distinction to another. It was interesting that both should have emanated from North Wales at about the same time, remarkable that their names should have been identical; and astonishing that each should have become perhaps the most brilliant man of his day in his particular province.

Sir Robert Jones, of Liverpool, died last year. His portrait has been exhibited; his biography has been published; his work has taken its place among the great pioneering achievements of modern surgery.

But Sir Robert Armstrong Jones is still going strong, and that notwithstanding the fact that he is today more than halfway through his seventies. He is as old and as active as George Bernard Shaw.

He was born, the son of the Rev Thomas Jones, at Eisteddfa, near Criccieth, and married the daughter of the late Sir Owen Robert. He was one of the first students of Wales’s first seat of higher education. He was one of the small band who gathered together, the men who remained from the group of original students, for the jubilee celebrations of the University College of Wales, Aberystwyth. A human and touching incident took place when, in the course of his address, Sir Robert paid a tribute to the extraordinary gifts and promise of the man whom apparently, he remembered most vividly of all his contemporaries:- T.Z. Jones. “What has happened to him? I’ve never heard anything of him, yet we all felt there was nothing that T.Z. could not do.”

Sir Robert did not know, and none of those in the audience who knew had the heart to tell him then- that T.Z. Jones had been cut off, virtually unfulfilled, in the flower of his youth, that he had been dead form more than 30 years.

Honours thick upon him

Sir Robert Armstrong Jones’s medical career has been a gradual and orthodox climb to the head of his profession. There is no honour open to him he has not collected; none of the degrees available to medical men is lacking in the intimidating list put to his name in books reference. In 1883 he took London University’s M.D. In 1880 had already become and M.B. and had also become entitled to the letters L.S.A. At least half-a-dozen other degrees were added in the next two decades. In 1920 the University of Wales gave him the degree D.Sc. (Honoris Causa). He has held innumerable honorary positions; he has never refused his services to humane causes. In the War the Army made good use of his invaluable and unique knowledge of the disorders of the mind. Hospitals and asylums everywhere have sought and secured his help.

Sir Robert is a small, dapper man, with a high forehead a round rubicund face, and a neat little white moustache. He always looks the picture of health, and has never appeared to be more than 60. He always dresses strictly correctly, and is keenly interested in details of etiquette and precedent. His kindliness is patent, his humanity evident, his zest for life boundless. He has a large country house in his native Caernarvonshire, where he spends several months of each year. His London home is in South Kensington. This year he has visited the South of France for the good of his health.

Sir Robert is a patriotic Welshman, and typically Welsh in his vigorous championing of the virtues of his own people and his equally strong deprecation of their shortcomings. He has never felt inclined to enter “serious” politics, but takes keen objective interest in them, and once joined in electioneering in Caernarvonshire. Local affairs, however, attracted him some time ago, and he has had almost as notable career in that direction as he has had in his profession.

Busy man though he is, he has found time too, to fulfil his functions as J.P. in Caernarvonshire, in London, and in Essex.
In 1929 he was appointed the High Sheriff of Caernarvonshire, and honour which must have been particularly pleasing to a man who had begun so humbly in that very county. The same year he was professionally honoured by his election to the presidency of the Psychiatry Section of the Royal Society of Medicine.

Sir Robert’s biggest creative work is “Textbook of Mental and Sick Nursing.” Many of his articles on specialised subjects in medical and technical journals are the standard works of their kind. One of them “The Psychology of Fear in Relation to War and War Panics,” published in 1917, may well become greatly in demand in the near future.

At 77 he may feel he has done at least one man’s share in adding to the general happiness and minimising the suffering of his time. But he is active in his work, both professional and local governmental, as ever he was, and his ripe judgement and experience become more valuable as times passes. But in his leisure time, such as there is of it, he looks back.

His hobby he describes as retrospective contemplation. How many Welshmen today have so worth-while and so crowded a life to look at in retrospect?

Sir Robert Armstrong Jones, surgeon and mental diseases specialist, died at his home, Plas Dinas, Caernarvon on Saturday, he was 85.

He was born in the parish of Ynyscynharian, Caernarvonshire, in 1857. The son of the Rev Thomas Jones, he had his early schooling at the Portmadoc Grammar School, from which at the age of 14, he went to Aberystwyth and thence, six months later, to Grove Park School, Wrexham, where he matriculated to the London University.

Sir Robert and other officers at Claybury devoted much attention to the employment of patients, and it is a little known fact that the asylum was probably the only one where shells were made in the last war.