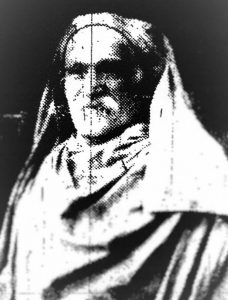 We deeply regret to chronicle the death of Mr T. Rees Garrett “Tom Cynon,” the oldest son of the late James and Margaret Garrett, Trecynon. He passed away yesterday, Wednesday at the age of 76.

Tom Cynon was well-known and popular figure locally. He worked at Glyn Neath Collieries, and resided at Abernant Terrace, Glynneath for many years.

He retired from the colliery a few years ago. He acted as local correspondent for the “Aberdare Leader,” for about twenty years, and was a bard of repute, also a tenor soloist. He won many prizes at Eisteddfodau, both as a bard and vocalist, and was a member of the Gorsedd. He leaves a widow and three children, one daughter and two sons, also a sister and brother.

The funeral takes places on Monday for Aberdare Cemetery, from 27 Broniestyn Terrace, Trecynon, where he died.

A large gathering of sympathisers attended the funeral of Mr T.R. Garrett “Tom Cynon” of Glynneath on Monday, which took place from the home of his sister Miss G.E. Garrett, Maesycoed, Broniestyn Terrace, Aberdare. Interment was made at Aberdare Cemetery, and blinds were drawn on route.

An impressive service was held at the house and was conducted by the Revs Clifford Pritchard, Addoldy, Glynneath, and W. Morse B.A. Trecynon. At the graveside a portion of the Scripture was read by the Rev Elvet Thomas, Siloh. The Rev C. Pritchard paid a gracious tribute to the deceased and a fervent prayer was offered by the Rev Hywel Williams, B.A. Capel-y-Glyn. The hymn “Mor ddedwydd yw y rhai trwy ffydd” was sung at the house and “Bydd myrdd o ryfeddodau” at the grave. Others ministers present were the Revs E.R, Dennis, Hen Dy Cwrdd, and Glyndwr Richards, B.D. Carmel (C.M.)

The funeral was personally supervised by his old friend Mr J. Zachariah, Aberdare.