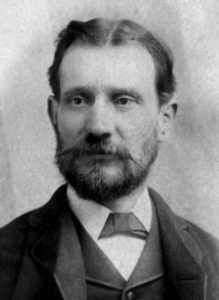 The late Mr Williams was an ardent Friendly Society man. lit was for some years a member of the Philanthropic Order of True Ivorites, and as an Oddfellow, his case was somewhat unique in the fact that his parents were so enamoured with and partial to societies that the boy (Lewis) must join the Iolo Morgannwg Lodge of Oddfellows held at their house, Stag Hotel, and was initiated therein on 31st January 1854, when only 8 years of age. He was for many years trustee of his Lodge. In 1890 he was elected vice-president, and in the following year was appointed Provincial Grand Master of the Aberdare District of the Independent Order of Oddfellows Manchester Unity, the District being comprised of 47 lodges with 4,200 members, his own Lodge number 110 members. He was therefore at death a Past Provincial Grand Master of 27 years’ standing and the oldest Oddfellow’ of the District as to membership.

A painful sensation was caused in Aberdare last Thursday by the news of the rather sudden death of Mr L. N. Williams. Cae-Coed. On previous Friday he was in his usual health, attending the evening meeting of the County School Governors. He was out also the following day but contracted a cold. Pneumonia followed and he passed peacefully away at 9 a.m. on Thursday.

The late Mr Williams was a man beloved by all men of every creed and of no creed. He was kind, genial and generous. He contributed liberally towards many causes, and rarely was an appeal to him made in vain. He was the owner of the Cambrian Lamp Works. Aberdare; was a director of the International Coal Co., Ltd.; of the Aberdare Gas Co. and the Aberdare Markets Co.

He filled many public roles and had occupied almost every position of honour in the district. For 2 ½ years he was a member of the Aberdare District Council, of which he was an ex-chairman; was Past Worshipful Master of the St. David’s Lodge of Freemasons; member of the Court of Governors of the University of Wales; a Governor of the Aberdare County Schools; an ex-high Constable of Miskin Higher (1895), all of which offices he filled with dignity and tact. Deceased, who have been 74 years of age on March 20th next, was born, in the Stag Hotel, Harriet Street. Trecynon, which house was then kept, by his father, Mr W. Williams (Carw Coch). 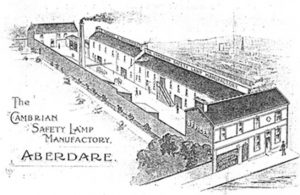 Carw Coch was a noted Welsh bard and litterateur and was the organiser of a series of meetings at the Stag which are known as Eisteddfodau y Carw Coch. Mr. L. N. Williams about 10 years of age, published a volume of his father’s poems and essays, edited by the Rev. J. Jones, M.A. The essays are of great historical value, one being a history of the Neath Valley; another a history of Hen Dy Cwrdd (Unitarian Chapel), Blaengwrach; and a third being a biography of the minister, Rev. Thomas Morgan. In “Cymru” for last month, the Rev. R. J. Jones has an article on Carw Coch, who, it appears, was a thorough democrat with strong Labour sympathies. At a certain period in his life, he was employed at Llwydcoed Ironworks.

The Chartist movement was gaining popularity at that time, and Carw Coch presided at a local Chartist meeting. For this he was victimised by his employers, and was not only dismissed, but was refused work by other employers: like many a victimised workmen before and after, he had recourse to a little business of his own, and he opened a butchery establishment, later taking over the Stag Hotel. It is an instance of the irony of fate that a son of the victimised workman should become a large employer of labour and a director of colliery companies. But let it be said that Mr L. N. Williams was a model employer, who believed in face-to-face talks with his workmen, and who listened sympathetically to all grievances, be they ever so paltry. Unlike too many men in his position, he did not belong to the exclusive caste. He courted familiarity with everyone, however lowly; was never too busy to greet acquaintances on the road and engage in a friendly talk. Though proud in his bearing no had “side.” He was a man of practical ideas, and hir- wise counsel was valued and almost invariably acted upon. Recently his eyesight became affected, and he underwent several operations, with fairly satisfactory results. But he spoke a few weeks ago of his intention to undergo another operation with the view of improving his sight.

In religion, the late Mr. Williams was a staunch Unitarian, and by his death, Unitarianism in South Wales has lost one of its foremost and most sagacious leaders. In his early days, he belonged to Hen Dy Cwrdd, Trecynon, and acted as a precentor. He was a musician of no mean skill, had a very fine baritone voice, and he was conductor of the second musical festival ever held by the denomination in South Wales.

His fidelity to and interest in the Unitarian cause was as true and constant as the Northern Star. He had occupied every position of honour, was president of the Welsh Unitarian Association in 1898; was one of the founders and first secretaries of the South Society, afterwards treasurer and later president for two years. Highland Place Church, which he helped to revive in 1886, mourns the loss of a devoted and generous member. He spared neither time, energy nor wealth in furthering the good of the cause. 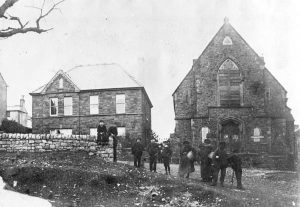 A daughter and four sons are left to mourn the death of a devoted and honoured father. The eldest, son, Mr Ernest Williams, manages the Cambrian Lamp Works, while the other three. Major Richie D. Williams (who has just, been awarded the D.S.O.), Pte Emerson Williams, and Capt. Trevor M. Williams, are on active service. The utmost sympathy is extended to all the members of the family. The late Mr. Williams’ wife died in August 1903.

A vote of condolence with the family was passed at a church meeting (Highland Place) held on Thursday evening, proposed by Miss S. George, and seconded by the minister, Rev. E. T. Evans On Sunday, both at the morning and evening services, the Dead March in Saul was played by Miss S. George, the church organist. 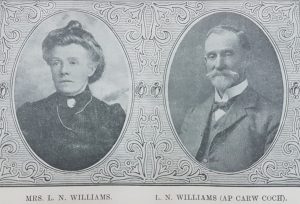 The interment took place on Tuesday, at the Aberdare New Cemetery, a very large number of sympathisers being present: The Rev. E. T. Evans (deceased’s pastor) was unable to be present owing to illness, and the Rev. R. J. Jones, M.A. Broniestyn, a life-long friend, was also too ill to attend. The Revs. E. R. Dennis, Hen Dy Cwrdd, Trecynon, and W. J. Phillips, C.C., Nottage, officiated at the house and the former minister together with the Rev. T. Eric Davies, Cefn (late Pontypridd), at the graveside.

The St. David’s Lodge of Freemasons was very strongly represented, and at the close of the short service at the graveside, they threw, as is their custom, sprigs of acacia into the grave. Friendly Societies (the late Mr Williams was a. member of several) were also well represented, as were, also Unitarian Churches, Mountain Ash and Aberdare District Councils, the Cambrian Lamp Works, and various companies with which he was associated.