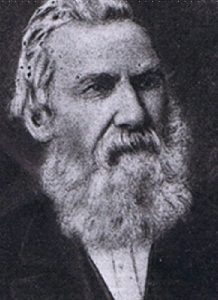 A Baptist minister and author, was born of poor but pious parents at Drefach, Cardiganshire. Llanwenog Parish, Ceredigion. He was raised in Nantybwch, near Tredegar, where he was christened by the JP Davies, in 1830.

Owing to the death of his father, he found himself, when as a tender youth, handling a pick and shovel in a coal mine. The only education he had was at the Sunday school. He attended branch meetings at Sirhowy and exercised preaching there for a time. He went to Pontypool in 1840. Ministered in Hirwaun Ramoth, November 29, 1842, to 1857, but from 1857 until the end of 1861, and Heolyfelin, which was in his care.

He then took the oversight of the Heolyfelin Mill Street Church, Aberdare, one of the branches referred to, and during his pastorate of four years, two other churches were formed as branches from Mill Street. Heolyfelin church grew rapidly and Dr Evans decided to limit his service to her. This time it was a keen and exciting, unusual religious influences in the valleys. Preachers often baptizing in the river near Pont Cynon Siencyn Arthur, (The River Cynon has its source in “Llygad Cynon” (“Cynon’s Eye”) in the Parish of Penderyn and is fed by underground streams which have their gathering grounds in the Breconshire Beacons. This source is so called because of the tradition that Cynon, one of the knights of King Arthur, continually weeps so profusely on account of his brave leader’s mortal wound, that the tears gushing forth through his eyes, form the River Cynon) thousands came on the morning or afternoon of Sunday To view the administration of the ordinance, and listen to the words of the eloquent Baptist. 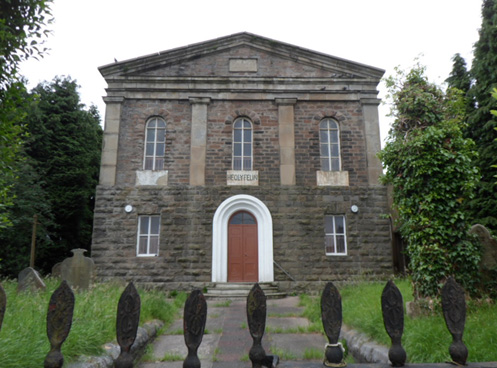 He moved in November 1861 at the instigation of several ministers, to Neath, to regenerate the Bethania church. He took springtime atmosphere there, and the expected revival happened, for a quarter of a century he filled, with honour and success, a difficult sphere of labour building a new chapel, and commencing a new church at Skewen, and acting as secretary to the Glamorganshire United Welsh Baptist Association. Melin’s Sunday school began, another in Skewen, and another in Herbert Street, Neath, but refused to rise landowners narrow land schoolhouse in Llangatwg. He was presented with a jewelled address and £200, by the Assembly in 1879 for his tireless labour. He spoke on stage at the Union, but was not honored with the presidency. In 1882 he was awarded a B.A. Judson University, USA, Doctor of Divinity degree.

Glamorgan Baptist Association wrote a letter in 1848, whether in her chair in 1879. He served as its secretary from 1859 until it split peacefully into two, in 1883. Paraodd West Morgannwg Cymanfa secretary until his death, November 4, 1886. He wrote many Welsh tracts and pamphlets, and was the author of “Yr Ymholydd” a Catechism on the New Testament (Carmarthen: W. M. Evans, 1866). He was a very popular preacher and one of the most original exegetes of the Welsh pulpit in his day. (Baptist Handbook, 1888; Cardiff Catalogue.

The Rev. B. Evans, D. D., Baptist minister, Neath, who, as we have already reported, has been seriously ill for some weeks past, died at his residence, Y Frondeg, Neath, on Thursday night. Dr. Evans was widely known and highly esteemed, and the news of his death will be received with unfeigned regret. He had been pastor of Bethany Welsh Baptist Chapel for a period of 25 years, and was known as a powerful and eloquent preacher. Dr Evans was also the author of several theological works, and at the time of his death occupied the position of secretary to the Baptist Association. He was 69 years of age, and leaves a widow and several grown-up children, some of whom are abroad. The funeral will take place at Llantwit Cemetery, Neath, on Thursday next.

A large number of ministers, laymen, and friends from all parts of South Wales attended on Thursday to pay the late tribute of respect to the late Rev. B. Evans, D.D., of Neath. The funeral was one of the largest ever witnessed in Neath, the procession being half a mile in length. In the service at the house the Rev. R. Roberts, Morriston, and the Rev. T. Davies, Aberaman, took part. At Bethany Chapel the Revs, J. Roberts, T. Humphreys, W. P. Williams, J. Thomas.(Carmarthen), W. Hughes (Llanelly), Dr. Rowlands (Llanelly), Dr Price (Aberdare), A. F. Mills (Neath), and J. Lewis (Swansea) officiated; and at the grave in Llantwit cemetery the Revs. J. Thomas, C. Williams (Ystalyfera), James Owen, (Swansea), and J. H. Rowlands (Ponthir).