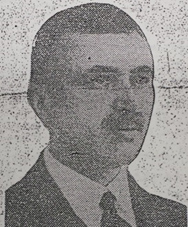 “Cwm Rhondda” was composed in 1907 for the yearly singing festival held in connection with Capel Rhondda Welsh Baptist Church, Pontypridd. It was first named “Rhondda,” but at the suggestion of the composer’s friend. Mr Harry Evans of Dowlais, was renamed “Cwm Rhondda,” as the late Mr M.O. Jones, of Treherbert had already composed a song entitled “Rhondda.”

The hymn has been probably more widely sung by Welsh people that any composition, except the National Anthem, Only last year Mr Hughes received a letter from Lieut. col. E.O. Scaiffe, commanding the first battalion of the Royal Welch Fusiliers at Khartoum, stating that he tried to bridge the gap with the homeland by encouraging his men to sing Welsh songs and it was “Cwm Rhondda” that appealed to them most.

Many soldiers visited Mr Hughes to tell him they had heard the hymn sung in the trenches, and that Germans were heard singing it across ”No-man’s-land” in a still evening. It was one of the hymns selected for the service at Westminster Abbey in connection with the Welsh Prisoners of War National Fund on Coronation Day, 1918, and the Queen, the Prime Minister (Mr Lloyd George), Sir Frederick Bridge, and others then wrote to congratulate Mr Hughes on his composition.

“Cwm Rhondda” saved what might have been an unpleasant situation at the Treorchy National Eisteddfod. When Mr Stanley Baldwin appeared on the platform, a few communists tried to sing the “Red Flag.” Llew Ogwy, the conductor, at once called out, “Let Mr Baldwin hear ‘Cwm Rhondda,’” and the audience of 20,000 responded in a manner that swept away the feeble rendering of the “Red Flag.”

American Welshmen, through Mr Hughes’s friend, Dr Dan Protheroe of Chicago, sent him an urgent invitation to conduct singing festivals in America, and he received an application from Brazil in 1931 for permission to use the music of “Cwm Rhondda” so that it might be sung in Portuguese language.

Mr Hughes conducted the hymn at many of the community festivals organised by the “South Wales Echo,” and also when it was broadcast by miners work in the Pwllgwaun Pit, Pontypridd.
He composed also a large number of songs and hymns, anthems, and marches. He was precentor and deacon of Salem Welsh Baptist Church, Llantwit Vardre, for many years. 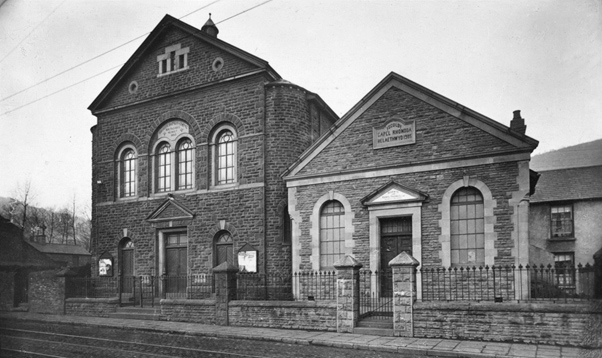 A native of Dowlais, he had lived in the Pontypridd district since his youth, and had been employed as a clerk at the Great Western Colliery for many years. He is survived by his wife Mr Gwyn Hughes, and a daughter.