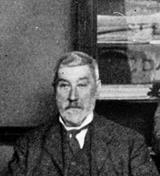 On Monday afternoon, June 8th, an interesting ceremony took place at Rhigos. The good news
had already been made known to the residents of this historic village that Mr. D. R. Llewellyn had decided to open a colliery on the Bryn, at a point midway between the Old Tower and Llyn Fawr, consequently, a number of the villagers were attracted to the spot.

Mr. Llewellyn has leased from Lord Bute the right to work the Graig and Gorllwyn Fach seams over an area of 1,100 acres.

This land adjoins the Windber and Bwlch Collieries, so that Mr. Llewellyn has now a taking extending as the crow flies, over a distance, of five miles, the largest in South Wales, for these two seams. It is very gratifying to the residents of Aberdare that Mr. D. R. Llewellyn has the proud distinction of being the pioneer in the working of these seams in South Wales, and he is to be congratulated upon the success which has crowned his efforts. 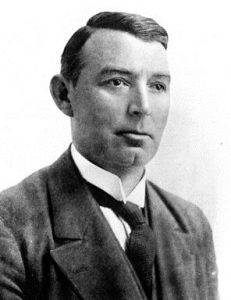 Up to 15 years ago it was thought that these thin seams could not be profitably worked, but upon the introduction by Mr. Llewellyn of coat-cutting machines the practical difficulties were overcome. The sod was cut by Master Rhys Llewellyn, son of the proprietor, in the presence of the following ladies and gentlemen: Mr. and Mrs. D. R. Llewellyn, Alderman Rees Llewellyn, J.P., and Mrs. Llewellyn, Mr. W. M. Llewellyn, ME., D.C.; Mr. Griffith Llewellyn, Solicitor; Dr. Evan Jones, J.P., late of Tymawr; Mrs. Banks; Mr. Gomer L. Thomas, J.P., Merthyr; Mr. A. J. Howfield; Mr. W. Reynolds, Bute Estate Offices; Mr. Buxton, Agent to Windber and Dyllas Collieries; Mr. Gwilym Griffiths; Mr. Henry Williams, Mechanical Engineer; Mr. Mason, Tanybryn Brickworks; Mr. W. Jenkins, Cwmdare, Mr. and Mrs. John Powell, Hirwain; Mr. P. J. Leonard, Contractor; and Mr. and Mrs. J. L. Rosser. Master Rhys Llewellyn, a sturdy little fellow, and a typical representative of the Bwllfa family, performed the interesting ceremony of cutting the sod. He said: I hope this colliery will be a great success and will give employment to a large, number of workmen.”

Dr. Evan Jones, whilst congratulating Mr. D. R. Llewellyn upon his enterprise, said that Welshmen as a rule was considered devoid of the spirit of enterprise, but Mr Llewellyn was an exception to that rule.

Alderman Rees Llewellyn, J.P., General Manager of Bwllfa and Merthyr Dare Steam Collieries, said that he naturally hoped the enterprise would be a success and that the relations between employer and employed would always be friendly. Mr. Gomer L. Thomas, J.P., of Merthyr, said that the inhabitants of Aberdare should feel grateful to Mr D. R. Llewellyn for engaging in so many enterprises. The Windber and Dyllas Collieries had now an output approaching 800 tons a day, giving employment to a large, number of men. He hoped the colliery now being opened would add a substantial increase to this output. He wished Mr. Llewellyn a prosperous future.
Mr. W. Jenkins, collier, of Cwmdare, speaking in the vernacular, said that while we were witnessing this interesting ceremony which would result in improving the material welfare of the district, we were liable to forget the worry and trouble which the proprietor had to endure, especially the fear that the enterprise would not prove a success.

Mr. Llewellyn was entitled to succeed, for he had undertaken to develop seams which others would not look at. He did not care to flatter anybody, but he could assure them that Mr. Llewellyn was as good an employer as anyone in South Wales. Welshmen had been slow in asserting themselves, but they were now awakening to their possibilities, and distinctions had been attained by them in many spheres.

Mr Thos. Jones (Gwrangonfryn) here read a few verses appropriate to the occasion.
Mr D. R. Llewellyn expressed his thanks to all for being present on that occasion and for their good wishes. He had pleasure in naming the drift after his father, to whom he owed so much. He would also refer to the kindness which Lord Merthyr had shown him. His Lordship had given him every facility in the negotiations for the minerals and had also given him valuable advice.

Mr. Llewellyn paid a high tribute to Lord Merthyr’s geological knowledge of the coal measures of South Wales, and said that possibly no man with, the exception of perhaps the late Mr. Thomas Joseph could be compared with him in this respect. He referred to the fact that this was not the first connection of a Llewellyn with Rhigos, for many years ago an ancestor of his lived here, by name Thomas Llewellyn, of “Glynllwydrew,” who, in the year 1540, translated the Bible into good Welsh from Tyndal’s English version. Disputes in a colliery would necessarily arise, but he hoped both employer and employed would have the wisdom to “live and let live.”