William Crawshay III, was the oldest son of Elizabeth Crawshay, it was said that he was clever industrious boy, and the pride of his father and grandfather. He grew up into a charming man and competent ironmaster, working hard but also playing hard, for he was a keen sportsman and apparently the only member of the family to be so enthusiastic about horse racing.

As soon as he left school, he went into Cyfarthfa ironworks, where William II found him increasingly useful and came to rely on him as a deputy. Isabella spent the summer in 1833 at Hensol with the younger children and William II spent Sundays and Mondays there too, leaving his eldest son in charge of business affairs. William II tried to persuade his father to buy Blaenavon and then have his son William III to manage it, but the deal fell through. 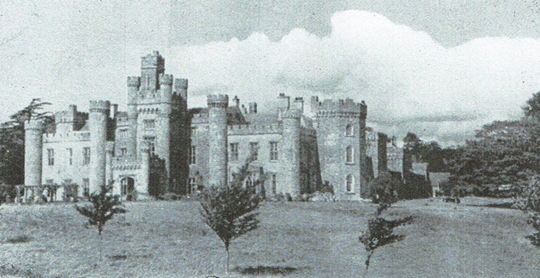 The year before that William III had spent some time in London, working at George Yard to get the knowledge of that side of the Crawshay firm’s business. He stayed with one of his grandfather’s partners and factotums, a Mr Routh, but paid several visits to Stoke Newington and seems to have done his utmost to “soak the old man.” On one occasion he certainly wanted a £1,000 out of his grandfather William I, this was quite likely for it was for horse racing debts, but it is not clear whether he succeeded.

William III must have been an engaging young man, shrewd and observant, as one can see from the following letter that he wrote from London to William II.

“My dear father
Yesterday morning saw me here (George Yard) and I went down to Newington and met my grandfather, Aunt Eliza and Bourne by the lodge, and after just asking how you do about you and the rest at home, he said well how are you doing down in Wales? I said we were quiet as yet the notices to the men will be out on the 15th, he said I do not want them reduced or anybody else. When I see Head men kicking and grumbling so much I do not think the men will be quiet, and just the (Uncle) George came in at the lodge and here it stopped and we had no more conversation on Works except with Uncle George and what he says is nothing but after dinners’ conversation about your last letter, accusing him of partiality, tyranny and injustice and un-kindness. He says he shall not answer it and if there is any partiality it is towards allowing you to build a castle.”

William Crawshay II, was expecting is son to arrive at Caversham Park about 4 or five o’clock in the afternoon. He was going there to talk about business in connection with the ironworks. It was the first time that the younger William III had been to Caversham Park. Isabella is wife joined him; she was also looking forward to see him too.

The route that William took from Merthyr involved crossing the River Severn by boat, saving forty-seven miles round Gloucester. The Sunday that he left he was on the afternoon mail-boat which was from Beachley to Aust on was called then the ‘Old Passage’ across the river, this would have taken around half-an-hour, but during bad weather could have been two to three hours if there was strong wind and heavy tide. From there William would go on for another two hours or more and put up for the night at an inn, and then to complete is journey to Caversham in the morning.

But there was no sign of him and William Crawshay was fuming with impatience and growing anxiety. Isabella was trying to keep to keep calm, and the daughters hardly daring to speak above a whisper.

The children were in the drawing room when their father came in; the daughters Isabella and Amelia were doing plain sewing for charity. Agnes was working at her embroidery frame, Jessy stitching a sampler, and Annette winding silks for Agnes. The nine-year-old Louise and already had gone to bed.

The French gilt clock on the mantelpiece showed it was quarter to eleven when Annette thought she could hear a commotion in the hall. As last William was here! She sprang to her feet and darted out of the drawing-room to welcome her dear big brother. He was standing there, speaking to one of the men servants while another was shutting the front door and Annette rushed to kiss him. William! William!

Then she realised that the man in hat and clock was not William, but the Reverend George Thomas, her brother-in-law.

“George what a surprise! But where is William? Hasn’t he come with you?

George put his arm around her waist, but he was looking straight ahead, and Annette turned around to see her father, stepmother, and sisters had all followed her. They stood there, like creatures turned to stone, staring at George Thomas.

He said, addressing William Crawshay, “I fear I am and the bearer of bad news, sir.” “Has my son met with an accident?” Isabella broke in hurriedly, “Oh George, William isn’t badly hurt, is he?”

Her son-in-law stepped forward and kissed her hand.

“May God comfort you, dear Mama, in this hour of trial, my new is the worst possible.” It was William Crawshay who said, “You mean my son his dead?” “Yes, Sir.”
The girls burst into tears, but Isabella fought for control and took her husband’s arm. He seemed suddenly to have changed into a broken old man.

“How did he die?” “He was drowned when crossing the Severn yesterday. The boat sank and everyone on board perished.” “Have they recovered the body?”

“Not when I left early this morning sir. I had gone to Beachley. Robert had sent a messenger during the night to tell me the terrible news, and asked me to join Frank and him there. Boatmen were searching. Frank had offered a reward is he and Robert waited while I came here to inform you.”

William Crawshay turned away and began to ascend the wide staircase, Isabella prepared to follow him, but even in this moment of acute distress, she was the kind and thoughtful hostess.

“George, you must be very tired and hungry, Agnes, see that a room is prepared and that George has a meal. I must go to Papa.” George Thomas was a clergyman but he knew when his help was of no avail. “You can do more for him that anyone else, Mama.”

William III had left Cyfarthfa at dawn Sunday, little thinking he was saying goodbye to the gothic structure built by his father. When he reached Cardiff landing-stage the mail boat already had its full quota of passengers and the skipper refused to take anymore, so William and another man were left behind. He knew this man, who was a Mr Andrew Bland, tenant of a large farm at Sully that belonged to Sir John Guest, owner of Dowlais ironworks.

“What a damned nuisance!” exclaimed William! “My father is expecting me at Caversham tomorrow afternoon and there’ll be the devil to pay if I don’t turn up till Tuesday, Whatever shall I do?”

One of the men on the waterfront seeing their predicament suggested hiring a post-chaise and driving the twenty-seven miles to Beachley. The mail boat was due there at three o’clock and some passengers were sure to alight, so there would be room for others to go aboard for the actual Severn crossing. William Crawshay and Andrew Bland thought this an excellent idea, hurriedly got hold of a post-chaise, and drove kike mad to Beachley, by unfortunately they only arrived there just as the mail boat left the jetty.

However, there was a smaller boat called the ‘Little Weston’ and she was scheduled to follow with eight horses destined to be sold at Bristol Fair, so , after some persuasion, the skipper agreed to let William Crawshay and Andrew Bland, and four others travel by this horse-boat . She left Beachley at a quarter past three, ten minutes after the other had sailed. 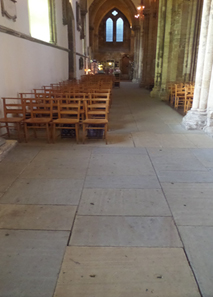 The three-mile stretch of water was an awkward crossing in bad weather, and on this September afternoon the sea was heavy, with huge waves lashed to fury by a strong, gale-force wind. The ‘Little Weston’ was halfway across when she caught by a violent squall that sent he lurching over to the leeward side. It was thought afterwards that this sudden movement sent the horses sliding in the same direction, with such shifting of weight as to cause the boat to capsize. In a matter of seconds, horses, passengers, and crew were flung into the stormy sea in which it was impossible to keep afloat. The tragedy was seen from the Beachley and the Aust side. The mail-boat had reached Aust and her crew immediately went back to assist survivors, but there were none. By the time the mail-boat crew battled their way to the spot, everyone who had been on the ‘Little Weston’ had perished.

It was soon known that one of the victims was Mr William Crawshay Junior of Cyfarthfa Castle, Merthyr Tydfil, and a messenger was dispatched with the sad news. Robert Crawshay received him, sent the man to Llandaff Court with a note informing his sister Eliza and her husband, and asking George Thomas to meet him at Beachley. Robert went straight there, but on the way called at Treforest House to tell Francis Crawshay. The two brother offered a hundred pounds reward to anyone who found William’s body, then went with boatmen along the coast to help with the search, while George Thomas volunteered to go to Caversham and break the frightful news to their father. The tragedy was reported on September 4th in the ‘The Times,’ and on September 7th, very fully, in the ‘Glamorgan, Monmouth, Bristol Gazette and Merthyr Guardian.’ It was mentioned in ‘The Times’ that William “had just entered his thirtieth year and was a young man of high honour and talent.”

His body was found on the following Sunday, about five miles further up the river from Aust, on the Gloucestershire side. It was not much disfigured, said the two boatmen, who came to claim the reward and bring the gold watch and twenty gold sovereigns that they had found in the pockets. Francis and Robert went to identify the body, and arrange for it to be taken to Llandaff. The promising heir, who was not after all destined to become the fourth iron king of Cyfarthfa, was buried in the family grave at Llandaff cathedral on the evening of Tuesday, September 10th.