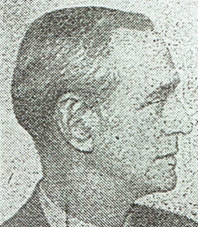 There can be no doubt that Welsh music during the last 50 years owes a great deal to the practical genius of Mr. E.T. Davies. A fastidious and versatile musician he had touched the nation’s musical life at many points and always progressively.

He was born in 1878 at Merthyr Tydfil, a vigorous forcing-ground for musical talent in those confident 80’s. By the turn of the century he had established himself as a brilliant pianist and an outstanding organist and as such toured the United States for the greater part of 1900 before returning to take up important posts as organist and choirmaster in his native town.

It was a busy and enthusiastic musical scene in which his formative years were spent. There was, too, the quickening impulse of the incomparable Harry Evans; and the young Davies was an apt pupil. Here was laid the foundation of that acute musical awareness, that artistic alertness which is characteristic of all he does.

He followed his master at Cartrefle in 1906 and to his renown as an executant was now added a rapidly growing repute as a teacher and conductor. There he was able to succeed so brilliant a leader as Harry Evans is in itself a significant tribute to his ability. And in doing so he gained not only the esteem of his compatriots but also their affection. For who in Wales ever speaks of him now except with the familiar soubriquet “E.T.”

Nor was this all. He was wise enough not to garner his musical experience in a narrow field. Like his master he sought the inspiration of frequent visits to London concerts, to Convent Garden Opera and so on: and he satisfied an innate cultural curiosity by enlightened reading and wide contacts. In the meantime, he had started to compose.

His appointment as the first full time lecturer in music at Bangor in 1920 marks a complete change in his career. He could hardly have foreseen this entry into academic life, but he turned to the creation of a new music department with typical energy. And he was shrewd enough to make it cultural rather than merely academic. The traditions he established are still there for all to judge.

In 1931 he was responsible for the Bangor National Eisteddfod music, and the concert programme of the week reveal something of the wide range of his musical interests.

As an adjudicator his success over the past 35 years go far beyond the range of the eisteddfodau. He has been tried and has steadily maintained an honoured place in the highly critical arena of the English festival world.

To all these and many other facets of his many-sided activities he had often brought something of the persuasive zeal of a pioneer; and not a few of his reforms have bourne fruit. How far he will be remembered for these services to Welsh music remains to be seen. For Wales is a land of strong prejudice and stubborn tradition. Some of his gentle admonitions may yet be forgotten in the louder pronouncements of more pompous and pontifical.

Even so, the quality of his compositions well remain. He maintains that composing for him, has always been a hobby; and this partly explains the uninhibited charm of all he writes. Essentially an miniaturist, he has grown young in the service of his art. He always seeks for beauty rather than any empty profoundly.

His felicitous melody, often as graceful and smooth as that of Edward German a fellow townsman, owes much to his interest in and wide knowledge of his native folk-song. His counterpoint, untrammelled by academic complexities, is lithe and lively lending a delightful buoyancy and vivacity to the musical texture: as, for example, in a part-song like “When Summer’s merry days come in.”

His harmonic resource and rhythmic vitality – he is one of the few Welsh composers who can write in compound time without becoming trite – often have an attractive delicacy and significance: as, for example, in the part-song for female voices “Fairy Glen.”

And in his instrumental music, he writes with a sure touch because the music is born of the medium for which he is writing and not, as so often happens, adapted to it. His pianoforte writing is unequalled by any other Welsh composer, and the two sets of Welsh Folk Dances have carried his repute for beyond the borders of his own country.

The trios for piano, violin and cello, “Variations,” “Welsh Miniatures,” and “Hobed O Hilion,” are deft and adroit as well as charming; and “Eos Lais,” written for the London String Quartet about 25 years ago, is a superb example of its kind.

Space prevents any further discussion of his catalogue of works. It has a variety that custom cannot stale, a freshness that age can never wither. Its sound had gone out into many lands and in very truth, he deserves well of the country he has served so well and so long.