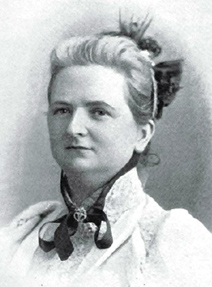 An appreciation of her work
(By “Cerddwyson”)

Dr. Mary Davies, F.R.A.M., who died at her brother’s home in London last Sunday, was a cousin of Mr. T. Lumley, Castle Street, a grand-daughter of Mr. Moses Davies (one of the pioneers of music in Merthyr at the commencement of the last century), and the eldest daughter of Mr. William Davies “Mynorydd”, a sculptor, of London. Her father presented a bust of his celebrated daughter to the Merthyr Museum.

Dr. Davies was London born, and she showed early signs of her wonderful, mezzo-soprano voice. Mr. Brinley Richards, the composer took great interest in her career, and became, with Mrs. Watts Hughes, her professor-teacher, before she won the Welsh Choral Union scholarship and entered the Royal Academy of Music, where she studied under Signor Randegger. Her academic successes were the Parepa-Rosa gold medal, and the Christine Nilsson prize, with other gold and silver medals. She was elected a Fellow of the Royal Academy of Music, and an examiner for the same, both the R.A.M. and R.C.M.

In April 1887, on a plebiscite by the “Pall Mall Gazette,” as to who were the most eminent in the profession as singers, Dr. Mary Davies was placed as the best soprano particularly as a ballad singer. Her repertoire was mainly of genuine ballads, many of them a hundred years old, together with modern songs of charming melody which have a lasting place in the annals of British song.

For fifteen years she was principal soprano of the London Ballad Concerts, retiring in 1901 in order to devote herself to cultivating singing ability in others. Mr. Brinley Richards, in his lecturing tours on national music, took her and Miss Lizzie Evans, R.A.M. to give illustrations in English, Welsh, Scotch and Irish songs.

She was well educated as a musician. She read her music without difficulty, and was put to the test many times in her career. On one occasion of Queen Victoria’s Jubilee at the Crystal Palace, at which Her Majesty was present, Madam Albani was to have sung the ode for the occasion prepared by the conductor, but at the last moment a message was brought to him that Madam Albani has been taken ill and could not attend. The conductor was told that Miss Mary Davies was in the audience upon which he sent for her, asking her to sing it, and she complied with the request.

On another occasion at the National Eisteddfod at Aberdare in 1885, Mr. Ben Davies, the tenor was suddenly taken ill after the rehearsal, and Miss Davies sang most of his part. It was the “Rose of Sharron.” If an artistic was in difficulty about the key and wanted it played in a lower or higher key she would without hesitation, transpose the music and play it at the same time.

Her first appearance in Merthyr in oratorio was in 1877 in the “Messiah,” performed by the United Choir of Merthyr, in 1880 she was the leading soprano, and took that part in Dr. Joseph Parry’s new, “Emmanuel.” 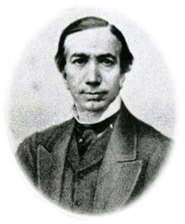 The visit of Mr. Brinley Richards to Merthyr, accompanied by Miss Mary Davies, R.A.M., and Miss Lizzie Evans, R.A.M., is by no means one of the least of the Easter-tide events. The composer of God bless the Prince of Wales and Let the hills resound has met with a reception of no niggardly kind, and whilst he has imparted great gratification to all who have heard him, the warm reception accorded must have exceedingly gratified him and all his well-wishers. His concert at the Temperance Hall on Monday evening was attended by a very large audience; the Rector of Merthyr presided, and a portion of the proceeds was announced to be given to the St. David’s Ragged Schools. The entertainment took the form of an illustrated musical lecture, commencing with some sacred selections in which Miss Mary Davies gave exquisite renderings of “The Pilgrim’s Path,” (Brinley Richards) and Handel’s “Oh I had I Jubal’s Lyre,” whilst Miss Evans was equally successful in pleasing by her singing of Mr. Brinley Richards’s song “My Father’s Bible,” both ladies afterwards joining in giving most effectively the duet, “Sound the loud Timbrel.” Interspersed with these selections, a short dissertation upon the history of music was given by Mr. Richards. The second part was devoted to national music, in which the Eastern, Welsh, Scotch, and Irish musical styles were compared and commented upon, Mr. Richards maintaining that there being such a diversity in the musical scales of different nations that there could not be a scale of nature, and that music was not an universal language, although he left his audience to choose which style they liked best. As illustrating the varieties of national music, such as “The Harper’s Grave” and “The old Church Chimes,” I by Brinley Richards, and both founded, on Welsh traditional were sung as also “The Last Rose of Summer,” “Roy’s wife,” “Auld Lang Syne,” “Robin Adair,” “Nora Creina,” and others. The Hungarian “Rakotzy” and the March of the men of Harlech were given as further examples of peculiarity of style, it being maintained that there was a distinctiveness about Welsh music, and that its military airs were peculiarly striking. Some representations of ancient Egyptian, Scotch, Irish, and Welsh harps were exhibited on the walls, and their history explained. An efficient, but not numerous glee party sang God bless the Prince of Wales and Let the hills resound” very effectively. The whole concert was very pleasing and entertaining, Mr. Richards’s humorous way of delivering his various remarks being highly appreciated. At the close of the performance, which concluded with the National Anthem, the Rector of Merthyr proposed a vote of thanks to Mr. Brinley Richards and his lady friends for s their visit, which, he said, showed what Welsh talent was when cultivated in London. To praise Mr. Richard would be to gild gold, which, however thick, the gilding would he gold still. “God bless the Prince of Wales,” was now sung all over the world, and he (the Rector) regretted that in consequence of his having sold the copyright for a nominal sum, although his name would be handed down to his posterity, yet that Mr. Richards would not be able to hand down to that posterity some £100,000 or £150,000 as the proceeds of his song, out of which the publishers had made a fortune. The motion having been seconded by Mr. Simons, hearty cheers were given in response. Mr. Brinley Richards briefly acknowledge the same, and thus happily ended the visit of the talented trio of Welsh musicians to Merthyr.

A numerous audience attended the concert given on Good Friday evening at the Oddfellows’ Hall by Mr. Brinley Richards, assisted by Miss Mary Davies and Miss Lizzie Evans. The programme was the same as that remarked upon above. Caradog, however, was there in addition, and played several of hit admirable solos on the violin. The Libanus Glee Party, con- ducted by Mr. S. George, were also present and sang several part songs. 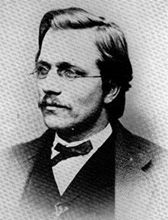 This was performed with great success at the St. I James’s Hall, London, on Wednesday night. The hall was well filled by an appreciative audience. Amongst those present were the following Welsh members of Parliament Messrs Richard Davies, John Roberts, Lewis Pugh Pugh, and Henry Richard. The composer of the Welsh words, the Rev. Dr. Rees (Gwilym Hiraethog), Professor Macfarren, to whom the oratorio is dedicated, Signor Randagger and Garcia were also present. Dr. Parry conducted, and Mr Weisthill’s band occupied the orchestra.

The soloists were Misses Mary Davies and Marian Williams, soprano; Miss Lizzie Evans contralto Mr William Shakespeare, tenor, and Mr Lucas Williams bass. Miss Tillie Robinson and Mr Ben Davies took the soprano and tenor parts respectively in some of the quartets; the choruses were rendered by the London Welsh choir, of which Eos Morlais was director. The oratorio was very well received, several of the members being rapturously applauded. The chorus for tenori and basso, No, 3., on the words, “This was the grand refrain,” was very well rendered as was also the chorus, No. 12, The angels, an unnumbered throng.” Of the solos two deserve special notice, namely. No. 20, “Behold the man,” which was splendidly sang by Miss Marian Williams, No. 33, “OIL ye, love the Lord,” was most exquisitely rendered by Miss Mary Davies; both vocalist’s eliciting hearty bursts of applause. The bass solos, by Mr Lucas Williams, were sung beautifully, as were also the tenor solos by Mr. Shakespeare. The work is a very lengthy one, and despite the fact that several members were cut out, the performance did not finish until half-past 11, At the close, the composer, after repeated and hearty calls from the audience, came to the front accompanied by Dr Rees and Eos Morlais.

The expenses were necessarily very heavy, out in view of the hearty support accorded them by the public the secretaries are very confident that & surplus will be realised.

Although Dr. Mary Davies sang often in oratorio, it was the ballad that she loved most, and for the last 20 years or more she dedicated the whole of her life and ability to the rescuing of old Welsh folk-songs, and was the president of the Welsh Folk-Song Society.

Her last appearance in Merthyr was on March 3rd 1920, at Tydfil Hall, giving a lecture on “Folk Songs,” when she was accompanied by Miss Megan Thomas. At that meeting I well remember her asking for any new variations of such songs as “Cyfri’r Geifr,” and the writer of this article was able to help her.

She was one of the founders, with Dr. J. Lloyd Williams, of the Welsh Folk-Song Society. Wales is under great obligation to her for helping to carry on the work of Ed. Jones “Bardd y Brenin,” and Jane Williams of Aberpergwm in collecting and arranging such beautiful and quaint songs as “Doli,” “Y Fwyalchen ddu Bigfelen,” “Tra bod dau,” “Y Gelynen, “ “Gwcw Fach,” and “Suo-Gan.” The following are a few findings: “Y Cobler du bach with yr esgid,” “Dacw nghariad lawr yn y berlllan” (a beautiful melody), “Wrth fynd efo Deio I Dywyn,” “Maes prydferthwch ail I Eden” (again a sweet melody in the minor) and many others. 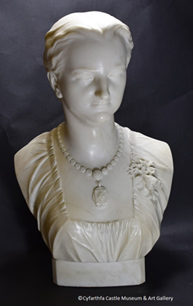 She journeyed hundreds of miles through the country, climbed the rugged paths in North and South Wales, and been in the remotest parts of Lleyn and Plinlimmon to hear the old folk singing or mumbling old songs that no one knew but the but themselves, including the songs of the plough, the cradle, and the heart – songs dear to people such as, “Ffair Pwllheli,” “Dacw Dadi I’n mynd,” and “Torth o Fara.” To secure these old songs she carried a gramophone to get the recordings as actually sung by the old people.

On the 29th May 1929, at the annual meeting of the Honourable Society of the Cymrodorion, she and Sir Wm. Goscombe John, R.A., and Mr. Ben Davies were presented with the medal of the Society, to obtain which recipient had to have to his or her credit distinguished services to Wales. Dr. Davies was a regular attendant very often on the folk-songs and other subjects concerning music. She was born in London but visited Merthyr often to see relatives and friends of the family. Her grandmother at one time conducted the singing at Pontmorlais C.M. Chapel.