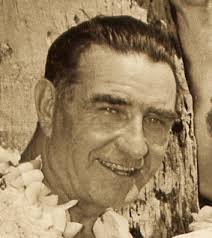 When the screen rights of “Cavalcade,” Noel Coward’s mighty apologia for England, were ultimately sold to an American company most of the English people who read the news shook their heads knowingly and sighed to see so good a play – as they thought – gone so badly astray – as they also thought. “Hollywood will murder it,” was the verdict.

Then Hollywood’s machine got to work. Scores of technicians and expert advisers and “observers” of every kind were imported at enormous cost. Capt. Reginald Berkeley, a man to whom the rational radical and the sentimental nationalist are curiously mixed, was brought over to “write in” some screen dialogue which would breathe the authentic English spirit of Coward’s play.

At least a dozen highly-paid English actors and actresses were brought over from London; scores of stricken British “extras” and “bit” actors more or less penniless in Hollywood, saw prospects of regular work for several months. The thousands who were not British set feverishly to work broadening their accents. Instead of saying “cairn’t,” they said “cahn’t” and hoped for the best.

They Found the Man

But most important of all is the director. If he is incompetent, the work of the hundreds of specialists who contribute in different capacities to a moving picture is rendered futile and void, too. Hollywood wanted absolutely the best man for the job, and she would have liked an Englishman. If there was on she liked well enough, she would have paid him any price to come and handle “Cavalcade.” But Hollywood’s opinion of British directors, rightly or wrongly, is very low, and in the end the job was given, with misgivings to a 100per cent. American, Frank Borzage.

Borzage is a great director, but “Cavalcade” was not his meat. He gave it up. At last Hollywood at its wits’ end, saw light. The ideal man would have British feelings, with American technical ability and experience. They found the ideal man in Frank Lloyd.

Frank Lloyd has been in America for 20 years and talks with a Californian accent. But he was born in Glasgow and educated in London. And both his parents were Welsh, though this is a fact which was left unmentioned in the hullabaloo of praise which encircled Lloyd when “Cavalcade” was first shown. He has spent some years in Canada, so is a true product of the British Empire, if not the pure Anglo-Saxon Englander to who “Cavalcade” should appeal most profoundly.

He has had a hard life, going hungry often and performing almost every known job in the entertainment business at one time or another. He spent his early years in humble quarters in Shepherd’s Bush, now a great centre of the film industry. Then he got abroad, and at the age of 21 found himself in Los Angeles. The possibilities of “movies” were just being realised. Lloyd had already had six years’ experience of acting, and in 1910 he joined up with Universal as an actor. It was not long before he moved over to direction. He has lived and worked in Hollywood almost continually ever since. There is hardly a big company for whom he has not worked, hardly a great star whom he has not directed. One of the most popular, versatile, and experienced men in the whole industry, Frank Lloyd has played a considerable part in making that industry one of the greatest in the world.

The cinema is not the only industry which exploits an art. Without the artists it would be nowhere. Frank Lloyd’s status as one of the greatest masters of the director’s art was confirmed officially in 1929 with the presentation to him for his work on “Weary River,” “The Divine Lady,” and “The Drag” of the award for Direction of the Academy of Motion Picture Arts and Sciences.

Rose to Their Feet

Lloyd’s version of “Cavalcade” was a stupendous success. For it Lloyd received a golden statuette for the “Picture of the Year.” Financially, I believe it is the most successful talking picture ever made. Millions of British people living in the provinces, In Wales, Scotland, and Ireland saw the play which their London cousins had written to them about so enthusiastically (for Lloyd’s version wisely deviated only very slightly from the scenes and sequences of the Drury Lane stage version). Millions of Canadians, South Afrikander’s and Aussies left their cinemas wiping from their eyes tears of affection for the Old Country and departed better Imperialists than before.

Yes, the value of Lloyd’s “Cavalcade” as propaganda for British Imperialism will never accurately be assessed. The English may not organise their propaganda machines quite so openly and as noisily and crudely as Dr. Goebbels in Germany; but they have their methods.

Throughout the length and breadth of America, in cinemas where “Cavalcade” was shown, audiences rose to their feet while the British National Anthem was played at the end, and stood it through. When one remembers that the average American, brought up on Mayor Thompson of Chicago and William Randolph Hearst, is taught to dislike the Englishman more than the citizen of any other country, one realises the miracle which had been achieved.

It was with “Cavalcade” that the name of Frank Lloyd first meant something to the general public. Since then they have looked out for his pictures. Last week I was at the trade show of his latest, a cheerful, somewhat whimsical romantic story, set in Sweden, and starring Janet Gaynor and Lewis Ayres. Lloyd’s direction of this film “Servants’ Entrance,” is a delight. He himself knows exactly what he is setting out to do when he begins a picture. Of this one, he said, as he was making it: “It’s such fun. It’s not a great film: it’s not meant to be. It’s just a romantic comedy – clean: the sort of film some poor, tired person who has been working all day can go to see and enjoy without any effort.”

If there is a more popular man in Hollywood today than Frank Lloyd I should like to be told his name. Children love him and he directs children with more sympathy and understanding than any of his colleagues. He enjoys every minute on the set, likes hearing everyone’s confidences, and solving for them their most harrowing private problems. Dozens of “bit” actors and assistant cameramen and whatnots have found that merely telling them to Lloyd has disposed of their troubles.

Enormously fastidious, he will often “shoot” a scene 50 times before being satisfied. Yet he can do this without irritating or drying up any of the actors. For Lloyd they will work well into the evening. As for temper, he learned to control that 20 years ago. He is the quietest director in the business, never raising his voice. Not that he has no temper. “If Frank wished, he could rip open the ground with rage,” one of his best friends says. But he found out a long time ago that coolness gets results. They say that his middle name is “Patience.”

Himself a first-rate actor, his habit is to show each actor and actress exactly what he wants by doing it. They like it and they learn. He shows them the effect he wants, but he lets them create it in their way.

When things go wrong – and they often do in film studios – his very blue eyes twinkle. He laughs. Everyone concerned is made to feel that it is what he is going to contribute which will make the film the colossal success it is bound to be.

He lives on a 40-acre ranch near Hollywood where he breeds Irish terriers. There are hundreds all over the ranch. Last January it was ruined by floods, but all that has been put right. When he comes to direct pictures in London, as he probably will very soon, he means to live near Uxbridge, for the country is his passion.

Every now and then the Lloyd’s give a party on that ranch. Hundreds come and Lloyd knows everyone by name. They are Hollywood’s most-sought-after parties, for Lloyd knows what you like and whom you like.

He is a great master of the art of living. That is why, perhaps, Americans find him so valuable to them. He can teach them a lot.