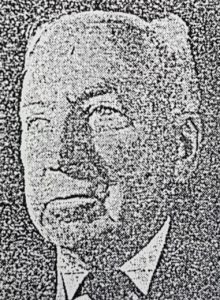 Long Association with the Cabinet 1955

By the death of Dr. Thomas Jones, C.H., which occurred on Saturday, England and Wales lose a distinguished citizen, a public servant of the highest type, the trusted counsellor of statesmen, and a man with an extraordinary range of personal friendships throughout the English-speaking world.

He was born in 1870 at Rhymney, Monmouth, where his father was a manager of the store (a late survival of the old truck system) belonging to the Rhymney Iron Works, upon which depended the greater part of the 8,000 people living in the village and neighbouring valley: “a land whose stones were iron.” His mother, who was from Somerset, learned to speak Welsh after her marriage. The family were Calvinistic Methodists, wholly identified with the religious life of the community. In “Rhymney Memories” (1938) Jones gives a delightful picture of the life as he knew it, particularly of the religious traditions and the leadership of the Welsh preachers.

The boy enjoyed the rather unusual advantage of two years at the Pengam School, making the daily journey of seven miles down the valley by train. No Welsh was taught in the school and his family turned naturally to English. Welsh was reserved for religion and song. He left school at 14, started work as a time-keeper at the ironworks, and was promoted to the general office. He read incessantly relying mainly in these early years upon the threepenny weekly volumes of Cassell’s National Library. The lad’s promise was unmistakable, and since he had an early passion for theology, of which he read largely while still employed at the works, he seemed plainly destined for the Methodist ministry.

The pulpit was not, however, for him. The family circumstances were such that there was no need for him to play the role of the poor scholar. As he recorded long afterwards, his father willingly paid his college fees and did not ask for any account of the money provided for his maintenance. From, Aberystwyth University College je went on to Glasgow University. There he gained the Clarke Scholarship, and was sent as Russell Student to the London School of Economics. He returned to Glasgow as assistant to the professor and lecturer in economics.

It was while a student at Glasgow that he formed a friendship, which he counted as one of life’s greatest gifts, with his famous fellow-countryman Sir Henry Jones, who had succeeded Edward Caird in the chair of Moral Philosophy. His period as lecturer there was followed by a short term as Professor in Economics at Queen’s University, Belfast, and then in 1906 Jones was appointed one of the special investigators for the Royal Commission on the Poor Law, made famous through the Minority Report by Beatrice and Sidney Webb. In 1910 he became secretary to the Welsh National Campaign against Tuberculosis, and next served four years as secretary to the National Health Insurance Commissioners of Wales.

In 1916 began his connection with the Cabinet, a uniquely intimate relationship lasting under four years. When Lloyd George succeeded Asquith in 1916 he made an end of the old casual tradition – that marvel of English method – which dispensed with cabinet records and a secretariat. Thomas Jones was appointed an Assistant Secretary, and before long became Deputy Secretary to the Cabinet under Sir Maurice (later Lord) Hankey and head of the home affairs branch of the Cabinet Office. When subjects within his orbit were being considered or in Hankey’s absence, he attended meetings of the Cabinet and kept the minutes Six years of the Lloyd George Coalition were followed by the brief interval of Bonar Law, the long Baldwin stretch, and the two short terms of Ramsay Macdonald as Labour Prime Minster. Throughout this long period “T.J.” was the invaluable confidential secretary. Cabinet secrets were locked in his memory. He was the friend of all, the most cordial of civil servants, and the most discreet. With Lloyd George and Baldwin he was upon terms of complete personal understanding, his relations with Baldwin being especially close and continuous. His services were not by any means restricted to the regular duties of the Cabinet secretariat. No one will ever know how far they extended, or, for instance, how much “T.J.’s” handiwork might have been detected, had the proof been available, in the spoken and written utterances of Prime Ministers and others down to 1930.

He was an indefatigable worker behind the scenes, and, being wholly without personal ambition, did not care in the least to whom credit went when a good decision was reached. In national crises, time and again, as over the Irish treaty of 1921 and during the general strike of 1926, his quiet labours were invaluable. He was unexcelled as a go-between.

In that year Jones relinquished his Cabinet secretaryship and the Advisory Council in order to become the first secretary of the Pilgrim Trust. Under his wise guidance the Trust made grants to many organisations selected with great care. The work became his leading interest, and he regarded his appointment to succeed Lord Macmillan as chairman of the Trust in 1952 as the supreme honour conferred upon him in his long career. Meanwhile, he continued to render other public service, notably as a member of the Unemployment Assistance Board.

Thomas Jones’s contribution to the national life of Wales was unique and multifarious. Although he lived the greater part of his life outside Wales, he kept close touch with national movements. His success with the Pilgrim Trust came largely through the apprenticeship he had already served in mesmerising wealthy people into parting with their money and directing their benefactions to causes which he had a heart. Three institutions in particular, benefited from his advocacy. In 1922 he persuaded the Misses Davies of Gregynog in Montgomeryshire to establish the Gregynog Press, which produced a number of volumes of supreme excellence ad did much to win for the visual arts a place in Welsh national life. Next came the foundation, in 1926, of Coleg Harlech, a notable enterprise for the training of Welsh men and women, drawn from farms and quarries, from mines and factories, who had missed the opportunity to obtain an early education. In a sense he regarded Coleg Harlech as a memorial to his younger son, an unusually gifted boy whose death in a road accident was the keenest grief of his life. A few years later came a Scottish counterpart in adult education a Newbattle Abbey. The third institution was the University College at Aberystwyth. In 1919 he narrowly missed becoming its principal; this he was to say, was “the one job in Wales I wanted very much.” Twenty-five years later he became its president, and throughout his term of office he took an interest not only in ceremonial appearances, but in all aspects of student activity. His special concern was the completion of the National Library.

Thomas Jones was awarded the Companionship of Honour in 1929, and received honorary doctorates from the universities of Glasgow, Wales, St. Andrews, and Birmingham. In his later years he devoted much time to literary work. He was a trustee of the “Observer” and frequently wrote for it. He published six volumes of essays, many of them autobiographical and, in 1951, there appeared his study of Lloyd George, a carefully-balanced and impartial assessment of a statesman with whom he had come into such close contact. Throughout his public life he kept a full diary of which selections went to the press in 1954. A first volume “A Diary with Letters, 1931-1950,” was published in 1954. He enjoyed a long and close friendship with Lord and Lady Astor. There were few more constant visitors to Cliveden than he.

Thomas Jones was a friend and colleague of many famous men. Yet he retained an unaffected simplicity and a devotion to the causes which had won his support in his earliest youth. His wife predeceased him in 1935. He is survived by a son, Tristan Jones, business manager of the “Observer,” and a daughter, Mrs Eirene White, M.P. for East Flint.