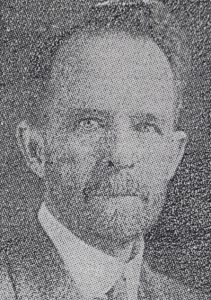 Very humble organisms can serve, willy-nilly, the purposes of medicine and science. In their quest for the discoveries which are to save tens of millions of lives great surgeons all over the world are indebted to guinea-pigs and rats; Pavlov and Voronoff to ordinary dogs and less ordinary monkeys. The epoch-making “laws” drawn up by Johann Gregor Mendel were based on years of experimentation on garden peas.

In a large white building on the sunny Californian slopes a team of brilliant investigators have been working for years on very small insects called vinegar flies. “Drosophila melanogaster,” to give this fly its correct name, is an excellent laboratory subject, a little hero, a genuine martyr to science. He is easily manageable, lives well in captivity, passes in warmth from egg to adult in ten days, has numerous progeny, and is one of a “genus” of which there are many closely allied species.

Thanks to him, a great biologist, Dr. Thomas Hunt Morgan has developed a theory which is, in words of Dr. Robert Millikan, the world-famous American scientist, “among the great fundamental discoveries in the realms of biology.”

Dr. Singer, in his “History of Biology” describes his work as follows: – The theory of the gene provides the completest presentation of heredity phenomenon at present availability. It is probably the most important biological contribution since Darwin.”

Of Welsh parentage, Dr. Thomas Hunt Morgan is perhaps the most striking personality among all America’s scientists. A little man, lean, quizzical, humorous, he has much the same sort of slightly simian face as his great contemporaries Freud, Voronoff, and Pavlov. For the last seven years he had done little but pass along rows and rows of bottles containing the millions of there flies he has bred. He wears spectacles and carpet slippers. Although a hard and ruthless critic of slipshod work, and more particularly of loose thinking, he is adored by his assistants.

Since the vital work of Mendel and the Dutchman de Vries were understood, important laws relating to heredity have been drawn up, and in the carrying on of this work Dr. Morgan and his assistants – principally H.J. Muller, C.B. Bridges and A.H. Sturtevant – have led consistently. In 25 years of labour they have built up a complex and, so judges say, very convincing theory. Its basis is a vast and growing accumulation of parallel observations of the behaviour of the chromosomes on the one had and of the body characters and their transmission and alteration in succeeding generations on the other. The parallelisms between these bodily characters and the chromosome behaviour has been thoroughly expressed in terms of “genes.”

Yet no one has ever seen a “gene,” although the late Dr. John Belling, also of California, recorded their reflections with photomicrographic equipment. As to the substance of “genes,” Dr. Morgan surmises that they are single or perhaps small clusters of complex chemical molecules. And all the extraordinary interesting and important facts miracles if you like, of heredity depend upon them. Dr. Francis Galton, the English biologist, was obsessed by the possibilities of reducing these “laws” down to exact mathematical charts, and at times went too far. Yet with the steady amassing of exact incontrovertible knowledge through thousands of experiments, certain laws can be laid down with certainty, and amazingly interesting they are – although this id not the place, nor am I the writer, to go I not these complex technical realms.

He has not lacked recognition. There is no honour open to him which he has not won. Since 1928 he has been the director of the California Institute of Technology’s Biological Laboratories, in Pasadena,
which has been labelled “the greatest lamp of science in the U.S.A.” He has been president of the National Academy of Sciences, of the American Association of the Advancement of Science, and of the last International Congress of Genetics.

In 1933 the Nobel Prize for Medicine went to him amid world-wide acclaim. All he said was: “I am very happy, of course, and particularly appreciative of it as a recognition of the importance of genetics to medical science.”

There is probably no living scientist who has so vigorously and so articulately defended the strictly scientific, mechanistic approach to the problems of life as Dr. T.H. Morgan. In his brilliant book (one of the few of his innumerable works to be published in England), “The Scientific Basis of Evolution,” which Mr. Geoffrey Faber published several years ago, he lays lustily about him, and among the amateur scientists or scientists out of their sphere to whom he hands out punishment are Sir Arthur Eddington, General Smuts, Bernard Shaw, Samuel Butler, Henri Bergson, C. Lloyd Morgan and even Professor Haldane. He praises Pavlov as a model in his scientific approach to a problem and the amazing exhaustiveness of his method; but expresses sly “surprise” at one or two of his results. Mysticism, romanticism, amateur dogmatising on this and that infuriate him, as his characterisation of the superstition relating to “prenatal impressions” shows (“a damnable tradition, one of the most pathetic of all the inventions of human incredulity”).

His whole temper and personality are summed up in his words: – “The mechanist is not pretending to explain the universe. He makes no such claim. Mechanists do claim, however, that science had greatly profited by the use of the mechanistic approach in the widest sense, and they resent the boundaries set to their progress by metaphysicians. They even question the finality of the decisions of the metaphysicians. The boldest spirits among the mechanists go further and claim that in time they hope to bring within reach of their methods a study of the lucubration’s, hallucinations and obsessions of the human mind which, masquerading under the illumination of introspective metaphysics and transcendental philosophy, pretend to solve all the riddles of the universe.”

The Copley Medal of the Royal Society has been awarded to Professor T.H. Morgan for his work in establishing the modern science of genetics, “Which,” say the Royal Society, “has revolutionised our understanding not only of heredity but of the mechanism and nature of evolution.”

The Davy Medal has been awarded to Professor J.W. McBain for his work in the study of colloidal electrolytes, for providing the elements of the guiding theory and for developing the subject.

The Hughes Medal has been awarded to Professor G.P. Thomson for his important discoveries in connection with the diffraction of electrons by matter.

Professor Thomas Hunt Morgan, who is of Welsh parentage, is said to be one of the most striking personalities among American scientists. There is scarcely an honour open to him which he has not won. Since 1928 he has been the Director of the California Institute of Technology’s Biological Laboratories in Pasadena, which has been called “the greatest lamp of science in the U.S.A.”

He has been president of the National Academy of Sciences, of the American Association for the Advancement Science, and of the last International Congress of Genetics.

In 1933 he won the Nobel Prize for Medicine.