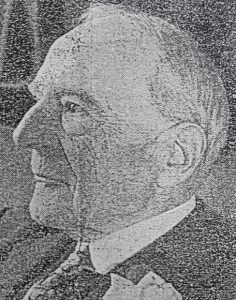 Tomorrow, a four-day congress of the International Psychoanalytical Association begins at Bedford College in Regent’s Park. It is a solid, scientific affair, with papers read on a wide range of technical subjects, as remote from common knowledge as are similar studies of physical matters. But the fact that it is not physical but matters that are discussed excites a curiosity in outsiders – an anxious curiosity – that has been, and always will be, the obscuring concomitant of this work, clinging to it as vapour to a liquid.

Psycho-analysts, in contrast to other practitioners in this field, are those professionally engaged in the study and methods pioneered by Sigmund Freud. Although all psychologists, psychiatrists and others such are indebted to Freud for beginnings the study of the unconscious mind (“they must all cook at our fire,” Freud once remarked), only those recognised by the psychoanalytical associations fully accept his work as the basis of theirs.

The hesitance of the medical profession and the closed doors of the universities (with their many chairs of philosophy, few of psychology, and none of psycho-analysis) has obliged those wishing to pursue Freud’s work as a profession to gain their training via these extra-mural associations. But psycho-analysis, both as a science and a therapy, has not ceased to grow because of this official neglect. It has continued to attract people of first-class ability and to expand its range. That such a study is the subject of much misunderstanding, misrepresentation and dispute, including internal dispute, is, they consider, an inevitable as that as electrically charged object should give off sparks. Those engaged in it accept all this as perfectly natural, as a farmer must accept the weather of his district.

The honorary life President of this International Association, who will read a paper on the opening day, is a studious but vivacious man, slight but of commanding presence, a man now well advance in age, Dr. Ernest Jones. In the world of medical psychology, he is of international repute: and the contrast between his specialised eminence – he is perhaps the most eminent psycho-analyst alive, being the sole survivor of those who were intimate collaborators of Freud from the earliest days – and his quiet life in Sussex, where he enjoys a local reputation as a gardener, a cheerful neighbour and a scholar in some unknown faculty, is itself a piece of social history.

He was born 74 years ago in the Welsh parish of Llwchwr, where his father had a modest position as a mining engineer. Ernest was sent to the village school, thence to Llandovery College, and ultimately made his was to university College Cardiff. He was an outstandingly able student, and qualified as a doctor as University College Hospital in London when barely 21, having achieved the rare feat of winning a Gold Medal for both his M.B. and M.D. degrees.

It would have been easy for him to make a superficially “successful” career; but his whole inclination was to pursue knowledge. He was powerfully influenced by Professor Thomas Huxley, whose great master, Darwin, had but recently gained acceptance for the revolutionary theory of Evolution. And his closest friend was a fellow student, Wilfred Trotter, who married Jones’s sister, and who was later to become well-known as the author of “Instincts of the Herd in War and Peace.”

For the first years of his professional career, Jones earned his living by coaching, at which he excelled, lecturing, and editing scientific journals, while conducting his own research in neurology. Then, as now, one of his characteristics was a capacity for work very much above average. In the course of this intense and scholarly activity, he came across a paper by the famous Viennese neurologist, Freud, describing his entirely new approach to the problem of neurosis. He was fascinated. Exited by his discovery, he mastered the German language so as to able to read more of the working being done in Vienna. In 1906 he first applied the new technique of psycho-analysis – he was the first person to do so outside the German-speaking countries.

In 1907 he met Jung, one of Freud’s earliest collaborators (who was later to branch off and found his own movement, more mystical and less severely scientific in character). And soon after he heard Freud himself; speak for four hours at the first International Congress of Psycho-analysts. The effect on Dr. Jones of this first lengthy gaze through the lens of the psycho-analytical approach was decisive.

He travelled to Vienna and studied there and in Munich. Back in England, he was appalled to find that these studies were greeted by his medical colleagues with hostility. He realised that he was only encountering the same phenomenon that had greeted the work of other intellectual pioneers, from Galileo to Darwin.

Freud made it a policy not to combat the opponents of his work publicly, as their hostility being primarily emotional, he thought this would only stimulate them to greater excitement. He encouraged his colleagues to concentrate on their work. “If we are right, we will win” was the gist of his attitude. He preserved the same equanimity if the face of the internal splits that were created by the defections of Jung and Adler.

Jones was shocked by these defections, and he proposed that the principal collaborators who remained together, seven in number, should henceforth give a pledge not to break away from each other without prior discussion. This they all agreed to do, and their leader, Freud, presented each of his friends with a small jewel, which they had set in rings. Of this fraternity of the seven rings, Ernest Jones is the sole survivor.

In 1908, Jones went to Toronto to direct a new psychiatric clinic there, hoping he would find a less prejudicial atmosphere in which to work. In this he was disappointed, but he help found in the United States which has grown into a very large institution.

Before returning to England in 1913, he went to Budapest to undergo a personal course of analysis with one of the ablest of the founding practitioners, Sandor Ferenczi. Back in London, he founded the British Psycho-analytical Society, over which he was to preside during the first twenty-five years of its continuous growth and development.

It is typical both of their profession and of that date that throughout the 1914-18 war Jones managed somehow to keep in correspondence with Freud comparing their findings on shell-shock cases. Immediately the war ended, Ernest Jones was meeting his scientific colleagues again in Switzerland where he also met his second wife, a charming and intelligent Viennese.

There was a widespread increase of sympathetic interest in psychological matters following upon the shock and horror of the First World War. This led, among other things, to the opening of a Clinic of Psycho-analysis in London; it also led to a vigorous counter-movement within the British Medical Association. A committee of doctors was set up to examine the methods used by the Freudians, and Dr. Ernest Jones and Dr. Edward Glover were invited to join their critics as members of it. Eventually, after months of disputation, a sub-committee of Jones and two of the critics managed to produce an agreed report. It was a triumph for Jones, and, when confirmed by the B.M.A. in 1928, meant not only that no objection was found to the Freudian methods, but also that henceforth the Institute of Psycho-analysis could train lay-analysts and that no one except its trainees could properly use the title psycho-analysist: they had thus gained an invaluable protection against charlatans.

Many of the psycho-analysists of Austria and German were Jewish. When Hitler came to power in Germany and invaded Austria, these people were threatened with annihilation, as were Jewish doctors and scientists of other faculties. It stands to Doctor Ernest Jones’ undying credit that he did everything possible to rescue his threatened colleagues and that he overcame the myriad difficulties to obtain the entry into this country of a higher proportion of psycho-analysists than the other medicals faculties here were ready to admit into their preserves.

Incidentally, he was helped at this time by knowing Sir Samuel Hoare (now Lord Templewood), who was Home Secretary. Their acquaintanceship came through a common interest in figure skating, on which subject Ernest Jones has written an important book.

In Vienna, Freud, now aged 82, and unwell, had not attempted to move from his home when the Nazis arrived in that city. Jones flew out and engaged in lengthy negotiations to save the gentle old man and his family. He succeeded, and Freud, was able to re-establish a home in London, where he lived in peace until his death in 1939.

There was a story within a story of emigration. In 1926, Ernest Jones, impressed by Mrs. Melanie Klein’s original contributions to the psycho-analysis of children, had invited her to settle in London. The development of her findings had become the distinguishing characteristic of the British “School” of analysis. But as early as 1927 disagreements with the parent school in Vienna became evident. It was therefore clear that Dr. Jones, by bringing a number of Viennese analysts, including Freud’s brilliant daughter, Anna, to London, must risk strengthening he critics of the particular work that had been fostered here. It is much to his credit that he took this risk and succeeded in bringing about a working compromise; it shows a commendable tolerance on both sides that despite these disagreements, the British Psycho-analytical Society has successfully contained both schools of thought.

At present, Dr. Jones is engaged in producing a three-volume biography of Freud; the first volume is about to appear and, it is said, this work is likely to be one of his best. Altogether, he has published over two hundred essays and many books, showing a wide application of the intellectual discipline that he has now studied for half a century. In the course of editing the International Journal of his science for over twenty years, he has acquired a knowledge, mastered and retained with a scholarly precision, that it would be hard to equal. He has, also, a wide range of other interests and pleasures, including keeping up an acquaintance with developments in other branches of science, and indulging his love of theatre, literature, nature, sports and, above all, his family life.
One reason why the ordinary person tends to be indiscriminately suspicious of all practitioners in the field of mental health is that he suspects the practitioner will not only look into thoughts he instinctively hides, but also that he will look down at him or condensed. It is therefore pleasant to notice both modesty and doubt in Dr. Jones’s valedictory address to his Society when resigning its presidency. “To achieve anything like complete freedom and inner harmony by means of psycho-analysis is even harder than we sometimes think,” he said, and went on to mention the possibility of an “innate factor” not yet elucidated.

Complete freedom and inner harmony! It shows a noble, generous and sensible view of man, and of the thoughts and emotions of man, by which to have guided a life of continuous intellectual endeavour.