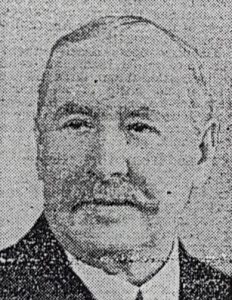 Even the most captions critic can scarcely deny the fair abundance of singers which Wales has produced over the last 100 years.

Some, it is true, have not lived up to their early promise: others have been content to dwell in the popular uplands instead of seeking the exhilarating and exciting heights beyond. Nearly all have brought to their singing a certain native elan and enthusiasm. To stand supreme in so numerous a company is no mean achievement. Few would gainsay that honour for Ben Davies.

Born in Pontardawe in January 1858, his singing career began on a quite familiar way. The boy alto of Caradog’s choir eventually became a student of the Royal Academy of Music, and made is stage debut with the Carl Rosa Opera Company. There followed a two-year season at the Prince of Wales Theatre in Cellier’s “Dorothy” and a subsequent appearance as Iolanthe in Sullivan’s opera at the English Opera House.

But even while he was enjoying these success he must have decided that the true bent of his genius was lyrical rather than dramatic, because from 1891 onwards he devoted himself almost entirely to the concert stage. His long and honourable career in that direction is in itself remarkable.

He graduated in the University of Experience where the teaching is severe and the tests are exacting. To the teaching of Fiori and Randegger he added the resourcefulness of a nimble mind as well as a characteristic shrewdness and an unwavering purpose.

Success never spoiled the gentle dignity of a charming personality. He was great enough to remain simple.

To the end he retained a geniality of spirit together with an unmistakable distinction and graciousness. His kindness to young Welsh students in London was as boundless as his search for artistic beauty was endless. As Sir Hugh Allen once remarked to me, pointing to Ben’s retreating figure, “There goes the best musical ambassador Wales ever had.” It stands to the eternal credit of the University of Wales that it recognised his greatness by conferring on him the honorary degree of Mus. Doc.

Ben Davies brought to his singing something more than a voice. Perfection of phrasing and immaculate diction were only two of the virtues which present-day singers would do well to emulate. There were too, a polished artistic control and a musically restraint in a he did.

He believed in beauty rather than bigness of tone: his goal was poetic truth and not personal triumph.

There were always a typical virility and vigour in his singing, but they were essentially expressive and not merely emphatic.

It was only towards the end of his active career that the true renaissance of English song began to eclipse the reign of the “drawing-room ballad.” Mainly because of that it must be said that the range of his repertoire was less than that of his gifted successor. Gervase Elwes: and although the Welshman had the better voice he lacked something of the Englishman’s indefinable finesse and subtlety. It was not his destiny to have to meet the challenge of the new art-song forms which were emerging. In the hey-day of his life he would have revelled in the opportunity.

For all that, he retained something of the spirit of the eternal student to the end.