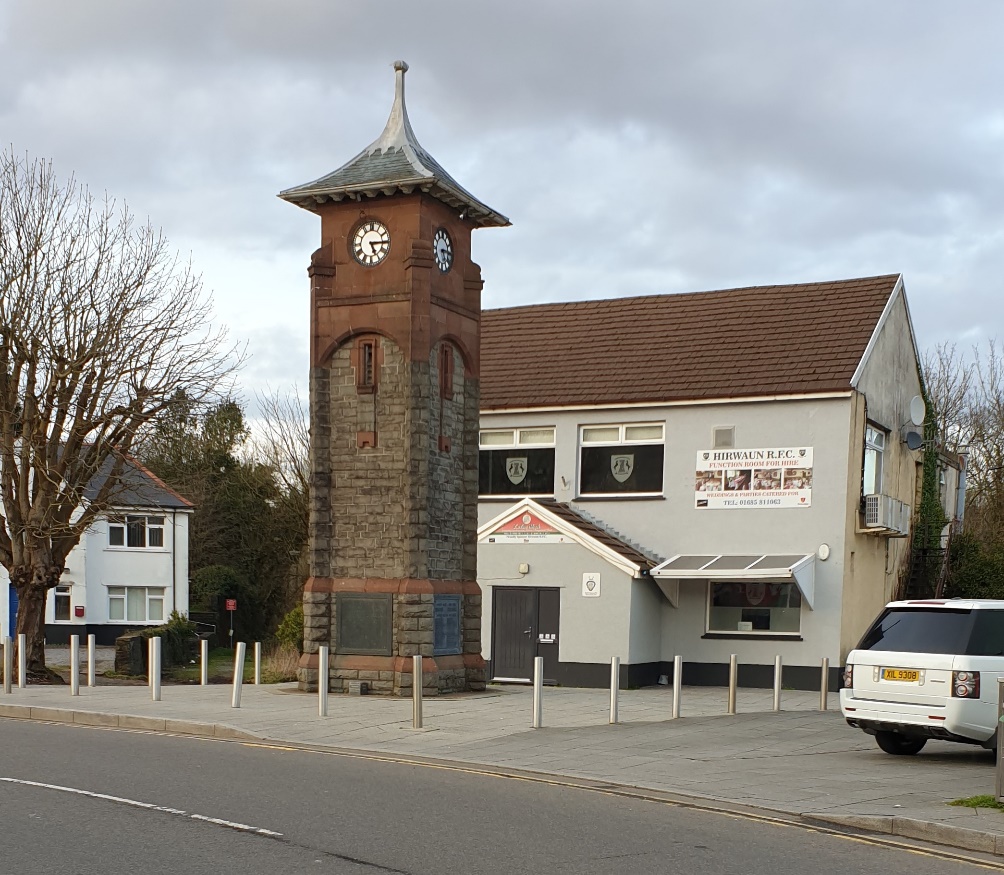 The memorial is a clock tower which was erected by Mr. B. B. Davies, of Dowlais, from designs prepared by Mr. R. R. G. Richards. of Merthyr, at an approximate cost of the tower has been built on a pedestal of Forest of Dean Inoue, and is relieved by pale Empire stone, the roof being of “Peggy slate.” The panels bear the names of 40 men who fell in the war and the following inscription in English and Welsh:

“In honoured memory of the men of Hirwain who laid down their lives in the Great War 1914-19.” ““Nice, Perfect Peace.”

The clock was supplied by Messrs. Smith and Sons, of Derby, and the hour and half hour.

The memorial movement was organised by the local Welcome Home War Memorial Committee, which was instrumental in distributing large sums of money to soldiers and their dependents during the war. The (chairman of the committee is ex-Guardian David Jones; vice-chairman, Mr. K P. Cornish, hon. secretary, Mr. A. H. Tuckfield; and treasurer. Mr. George James.

A report covering the unveiling of the memorial entitled Significance of War Memorials can be found here.

To Be Nameless in worthy deeds, exceeds an infamous history… Who had not rather been the good thief than Pilate?