We write a history of Hirwaun and to omit making any reference to the George family would do both an injustice, for the fortunes of each have been inseparably bound together for very many years. It is, therefore peculiarly fitting that we should have as the subject of the week’s sketch a man who in addition to being a member of this well-known family, has played so small part in the progress made by the village during recent years and has also, by his sound business acumen helped to develop the urban district of Aberdare, of which he has been for many years a valued representative in the Council Chamber. This will probably be the last occasion as which it will be permissible to ascend him the title of Councillor as his term of office will expire on Monday next and a new councillor will take his place. 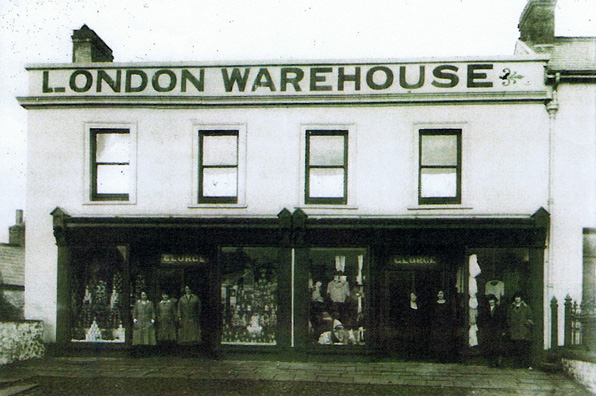 John Owen George to give him his full name was born at Hirwaun, and his of the son of Mr Owen George, J.P. of Maesydderwen, a merchant who carried on business at the London Warehouse, Hirwaun. He is the nephew of another equally well-known member of the family in Mr J.O. George. The subject of this sketch received his early education at Hirwaun and Merthyr, and then proceeded to a private school at Cardiff, known as the College School. After spending a few years in London to acquire a thorough knowledge of modern business methods he returned to Hirwaun and devoted himself to his father’s business, which later, on the death of his parent, reverted to him, in 1906 he was elected to represent the Llwydcoed Ward on the Aberdare Urban Council, and has retained his seat ever since, only be opposed on two occasions during this long term. This is a remarkable tribute to his efficiency as a public representative, and the fact that he has now retired, for business reasons, is deplored by all, He occupied the chair of the Council in 1916-17, and was also for two years the chairman of the Council’s Health Committee. A first –class debater, Councillor George never hesitates to speak his mind on any subject, and this has won him the respect of even his political opponents.

During his membership of the Council Councillor George was instrumental in securing a service of buses between Hirwaun and Trecynon and another achievement to his credit was the acquisition of 40 acres of land for a recreation ground in the village. This latter scheme as not been completed yet, but chief credit for it must undoubtedly be given Councillor George, for it was he who carried through the difficult negotiations whereby a suitable site was secured on the Rhigos Road. But there is one thing above all others by which he will be remembered at Hirwaun, and that is the great fight he made in order to secure a public cemetery for the village. In his advocacy of the scheme, Councillor George found himself opposed by the Rector of Llanfabon, and a bitter fight ensued between church people and Nonconformists on the matter. It was three years before success was ultimately achieved, and then it was only brought about by Councillor George demanding a poll of the electors.

When the result of this ballot was declared in favour of the scheme Councillor George and his supporters were accorded a great welcome on their return to Hirwaun, the Town Brass Band turning out to meet the conquering heroes, Looking at some old papers dealing with this case I came across the following eulogy of Councillor George and make no apology for reprinting it here, as its serves to show the character and honesty of purpose which actuated him in the matter. The extract reads: ”To gain this end (referring to the cemetery) Councillor George had to set his back hard against the wall and fight many obstacles, but his determination and marked perseverance won him the battle, and his work in this direction has gained him many friends.”

Another matter in which he is deeply interested is education and he took a prominent part in the opening of the Aberdare Open-air school, one of the first of its kind in the county. During his term of office he has witnessed many changes, and has seen the Council become owners of its own tramway system, power station, and electricity supply department. He has also, for a number of years acted as overseer for the parish. A Liberal in politics, he has strong Labour tendencies, and would never vote on any matter affecting workers without first making a careful analysis of the situation. He is an ardent Nonconformist, and has been for over a quarter of a century a deacon of the English Congregational Church at Hirwaun, and also held office as secretary and superintendent of the Sunday school. The members of this church have from time to time shown their appreciation of his services in a practical manner.

At his charming residence “Bryncynon”, Councillor George finds his chief recreation in a good book, and he is also a great lover of antiques, His two sons are well on the way to emulate their father. Griffith Owen, the elder, is at Christ Church College, Oxford, studying the bar, having won an entrance scholarship from Westminster School. The other son, Walter Owen, is studying for the medical profession at Cardiff University College.