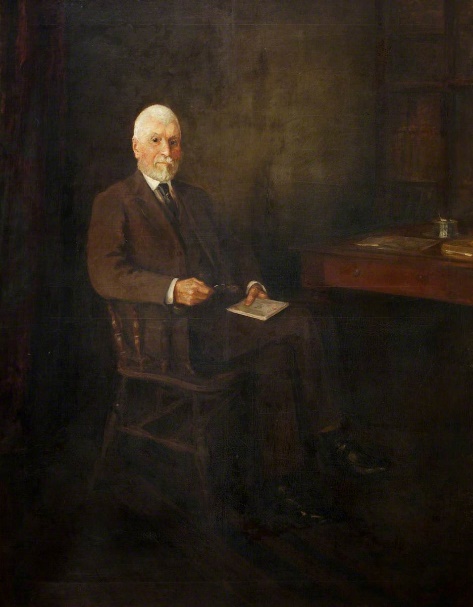 Passing of Swansea’s “Greatest Citizen”
A Prince of Benefactors

Swansea mourns the passing of its greatest citizen, Roger Beck, who died yesterday morning at his beautiful bachelor home at Langland through sheer old age, was a man whose philanthropy may well be a bright example.

Well-endowed in his later years with this world’s goods, he decided to see that they were properly disposed of within his lifetime, and, having no family and no young relatives, he was able to do with no unrestrained hand. This spirit if liberality was manifest before he became rich.

In early life he cultivated the Divine habit if doing good by stealth, and when he became endowed with greater means he was able to indulge this habit by public benefactions. These extended in many directions, but mainly in that of the relief of suffering. Thus it is that the Swansea General Hospital benefited to the extent of nearly £40,000 in the donor’s lifetime; and has reasonable expectations of further benefiting now to an extent which will bring down its indebtedness to six figures. He contributed a ward in memory of his brother, a distinguished surgeon, he made handsome donations, he equipped an invaluable adjunct in the form of a pathological laboratory, and he crowned his hospital benefactions by securing at a cost of nearly £20,000 the magnificent estate of Parc Wern (now called Parc Beck) as the site for the new and enlarged hospital so greatly needed. And further by his example he inspired others to also contribute in accordance with their means.

But it was not only to the hospital that Roger Beck proved a benefactor. His great heart and his ever-open purse were always ready to respond to deserving causes. The college, of which he became the first vice-president, was one. Apart from funds, he only recently presented to that institution a block of houses ideally situated for the purposes of a hostel. Then he purchased a delightful mansion as the site of a new centre for the local orphanage. Indeed, his benefactions extended in every direction, and no one will ever know the full extent of them.

Hence it is that Swansea may be truly said to mourn its greatest citizen. Others there have been who have left their mark more deeply engraved in public life; none has given so lavishly of his wealth or contributed it so discreetly as to secure incalculable lasting benefit for the people.

Mr Beck has died on the eve of two great events in which he was deeply interested, the transfer of the Harbour Trust, of which he was chairman to the Great Western Railway Company, and the amalgamation in the town of the congregation of the Welsh University. At the latter function his lavish contributions to the cause of higher education would have been recognised by the conferring of an honorary degree, one of the few honours he would have deeply valued; for though as a Quaker, he was a man who despised ordinary honours, this is one theta would have appealed to him, just as did the only other public honour he ever consented to accept, the Freedom of the Borough of Swansea.

Mr Beck was a man of unostentatious habits. His hobbies were golf and literature. He never would have a telephone in his house, he owned neither carriage nor motor car. He was a great Dickensonian, and recalled personal recollections of the great author. He had a marvellous memory, and could recite from memory the whole of “The Christmas Carol.”

Mr Beck had made a few public appearances this year. Born on the 17th February 1841, old age had begun to show itself in an unmistakable form when he participated last April in the proceedings of the annual court meet of the manor, and was chosen layer keeper. Soon afterwards he was confined to his house from then onwards it became evident that a life distinguished by energy and buoyancy was gradually ebbing out. The end came quietly and painlessly at 9 yesterday morning.

He came to Swansea as plain Roger Beck: as such he preferred to remain and as such he passed away, a plain citizen of Swansea.

Mr Beck, who was 82 years of age, in a contribution recently made a journal named “The Handshake,” privately circulated by the welfare section of the great firm he did so much to establish, describes in his own words how he came to Swansea. His father was a wharf-Inger of building materials ay Isleworth, and Mr Beck (his second son) was educated at Queenwood College in Hampshire. In 1872 Mr Beck heard of a South Wales colliery proprietor who was seeking a commercial partner who would put capital into a scheme for manufacturing steel by a new process that would form a valuable adjunct to his collieries. To quote Mr Beck:

“I followed this up, and by the financial aid of relatives, after six months of, as I thought careful investigation, I came to and became one the three forming the Elba Steel Company, of Gower Road (now Gowerton), near Swansea. Let me briefly say that the whole scheme was a failure, and that in a short five months the works closed. Some steel had been made, and the trade being at that time extremely good, the Landore Siemens Steel Company Limited, bought some to supplement their own production. There were defects in this steel which Mr Isaac Butler, then head of the hammering department at Landore, called my attention to The Elba Works closed and stood idle for some 18 months. Then Mr Riley, who was manager of the Landore Steel Works, approached me as to joining him in partnership in starting then on our account. He made an appointment and did not keep it. The following morning Mr Butler called in to see me on a like proposition. There was throughout a business intention that led to my becoming ultimately in partnership with the now Colonel Sir John Roper Wright, Bart, and my deeply regretted deceased partner Isaac Butler. Theytook me in as their commercial partner, they thoroughly understanding, each in his own department, the practical. Together we have sown the seeds of this huge company of Baldwin’s Limited. For me, personally ,the association has enabled me to convert any original financial backers (not one now surviving) into sound profitable investors, who have received their venture back in full, with compound interest.”

He joined the Swansea Harbour Trust many years ago, and gave whole-hearted support to the fostering of an enterprise based on almost communistic lines, on which the very life of Swansea naturally depends. When, during the war, this body got into troubled waters of finance it was he who yielded to appeals, which in other circumstances would have been ineffective, to take the helm and do all that lay in human power to prevent an almost inevitable crisis. He devoted not only his untiring energy and his never-failing optimism, but even his purse, in order to attain the end. There came a meeting when, rather that that poor investors should suffer from the lack of dividend in a concern where many had placed their all, he decided on two half-years in succession to provide from his own resources the dividends which would otherwise have “passed.” Altogether the sum involved must have been near £100,000, but the parting with this huge sum was made with that true spirit pf benevolence so characteristic of the man. True, it was made in the way of loan, but no one knew better the Mr Roger Beck that it was a loan which might never be repaid, and at the best could only be refunded when all other claims were met, and the Trust had returned to such phenomenal prosperity as to be possessed of sufficient surplus. Of course, when the harbour works were taken over recently by the Great Western Railway, arrangements were made for the repayment of the loan.

Such was the nobility of Roger Beck. But it by no means ends there. What he gave in private life no one will ever know, but there are many in good positions who could, if they so chose: say how timely aid in time of crisis in their individual affairs averted ruin and placed them on the road to prosperity, many to whom opportune and unexpected funds, given in the way that the right hand did not know what the left hand did, came as a veritable Godsend. His purse was always open when good deeds and worth causes necessitated it. His public charities were great. He was a rare shining and outstanding example in a rich and thriving community of a philanthropist who determined to distribute his wealth in his own way, and while he could control its distribution.

In himself he was a self-denying gentleman whose main desire was to do good to others.

His interest in the orphans was manifest by his constant aid, and his purchase at a cost of £5,000 of the Brooklands Mansion as the site of a new commodious and pleasantly situated constitution. His assistance to the local Y.M.C.A. no one can forget, for it was almost entirely due to his pecuniary initiative that the erection of the finest institution of the kind in Wales was possible. His interest in the hospital was intense, an interest stimulated by a great heart and a family association. It seems that his brother was one of the early surgeons of the Swansea Hospital. He had been the guiding influence for many years, and it was largely due to his fostering care and influence that Swansea affords so conspicuous an example of whole-hearted support for the working classes whose contributions now exceed those of the other sections of the community. He contributed many thousands towards the general funds; but besides, he it was who gave the invaluable laboratory, and then with princely munificence purchased and handed over the valuable mansion and estate of Parc Wern as the site of the future institution.

There is no honour he might not have had from Swansea. He refused them all, accepting the honorary freedom of the borough which meant the entering by a grateful town of his name on the local roll of honour which bears such names as William Ewart Gladstone, Sir Samuel Evans, and Sir H.M. Stanley.

In the old English words he himself used to quote he always shaped his course according to his means and kept his “chynnauppe in thysworlde of stryffe.”

Freeman of the Borough of Swansea

The assembly saw the coffin borne to the triangular plot which had been selected by Mr Beck years ago, and which had been enclosed by a low privet hedge, and here it was lowered into the ground. The ceremony was exceedingly short, as the chief service had already taken place at the house.