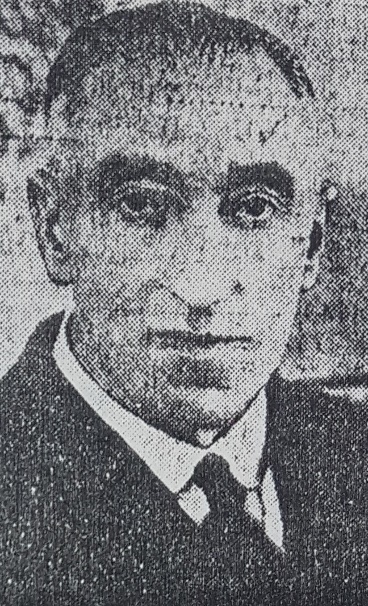 Mr W.H. Brain, chairman of the directors of S.A. Brain and Co. Ltd., Cardiff, has died at The Croft, Dinas Powis, aged 64. Mr Brain who had been ill for some months, collapsed on Sunday night.

Educated at Clifton College, where he represented the school at cricket, Mr Brain went up to Oxford in 1891, and gained his cricket blue as a freshman, and played against Cambridge in 1891, 1892 and 1893, being on the winning side in 1892.

In 1893 he accomplished the unique cricketing feat of stumping out three batsmen off three consecutive balls, the bowler being C.L. Townsend. No other keeper has in first-class cricket equalled this performance, which effected for Gloucestershire under the captaincy of the immortal W.G. Grace against Somerset.

A fine wicket-keeper, especially to slow bowlers, Mr Brain played for Gloucestershire for several years before joining his brother, the late J.H. Brain.

There is no doubt at all but that the magnificent batting of “J.H.” and the excellent “keeping” of “W.H.” went a long way towards fulfilling the ambition of all Glamorgan cricket enthusiasts – that of getting the county elected to the ranks of first-class counties.

Even when Mr Brain gave up playing he retained a special interest in the doings of Glamorgan cricket, and was often to be seen on the county ground watching the first-class matches.

Always he was willing to offer sympathy and advice to young cricketers, and many of the county keepers owe a great deal to his useful hints.

Mr Brain was also a first-class shot, a good fisherman, and above the average both at lawn tennis and billiards.

“It was at this last game that I met him (writes H. Lascelles Carr), and a more charming and delightful opponent it would be difficult to find.

“A first-class amateur player, he would always make the game a real joy; despising safety tactics, he would praise all the good shots his opponents made, and never complain even if the balls were running badly for him.”

“Modest and charming it was with the greatest difficulty that I could make him talk about himself and his sporting achievements, though he would readily offer praises about his contemporaries, while with his stories about W.G. Grace he would keep me enthralled for hours.”

Testator left his household appointments, furniture and articles of household and personal ornamentto his widow and ordered that she should be paid £1,000 immediately on his death. He established a trust fund of £30,000, the income from one-third of which is to be paid to his widow during her lifetime, one third to his daughter, Mrs Helen Mary Sugden, and the income from the remaining share to his son Mr Michael Benjamin Brain.

To his son Mr John Henry Patrick Brain, he left all his shares and interests in the community camps and equipment of the Tourilla Club limits, Quebec, Canada, together with one share in the Tourilla Fish and Game Club, Canada.

To his daughter, Mrs Helen Mary Sugden, he left is boathouse and other buildings with lands adjoining boats, and premises and equipment on the township of Watt, Muskoka, Ontario, Canada.

By a codicil date Junes 1934, testator bequeathed £100 to Edward Adams if still to his employ at the time of his death, and £10 to Mrs Adams.

Probate of the will has been granted at Llandaff Registry to the trustees, Mr Horace Sweet-Escott, solicitor and Mr George Hopkin Walters, company secretary.

It was during a visit to Canada, in company with Capt. “Pat” Brain in 1923, that Mr W.H. Brain was introduced to the Tourilla Fish and Game Club, at which they were guests of the Hon. Frank Carrel, president of the Quebec “Daily Telegraph.” The club was founded in 1899 and has 500 square miles reserved in the best game country in Canada. It is a share in the club and its camps that Mr Brain subsequently acquired and has now bequeathed to his son.

During their visit Mr Brain and his son travelled the well-kept trails of the club, and saw much game.

Many times they came upon the spoor of caribou and once or twice they picked up a bear’s trail. They heard the cry of the timber-wolf, and while they saw plenty of cow-moose and once a young bull, none of which was worthwhile shooting as trophies, they never succeeded in bagging a full-grown bull.

The scenery within the club limits is superb. There are camps at selected points, where hunting parties are found accommodation, though each party must leave after two nights in one camp.

There are over 500 miles of trails.