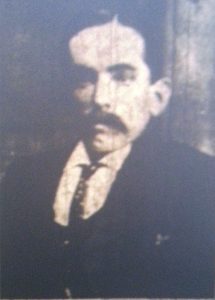 Mr. Gwilym J. Davies (Gwilym Gwyllt), Cwmbach, who died on Tuesday, August 12th, was born in Gadlys, Aberdare, 46 years ago. He was left as an orphan at all early age and was apprenticed to the tailoring trade by Mr. W. Jones, Cwmbach. He had lately stayed with Mrs. Davies, Caebryn House.

Never was there a man who threw himself so whole-heartedly into any social movement calculated to alleviate distress and raise humanity. Our friend possessed, intelligence above the average and always used it for the best. Everything he did he did conscientiously and always with the truest motive. He possessed a frail body, but his mind was great, and he invariably utilised his mental gifts in the worthiest of causes. He was one of the pioneers of the Cwmbach Hall and Institute. Many a time the Committee thought of abandoning the idea of erecting a hall, but Gwilym’s stimulating spirit encouraged them on continually. 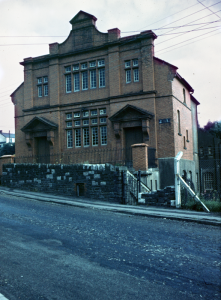 He was a Liberal in politics and was a good speaker in both languages. Every local debating society was incomplete without his presence. He always put the finishing touch on all debates, and this he did with unusual eloquence. He was a man of broad views. His generosity knew no bounds. Even the little children of the village can testify to his generous spirit. The poor always found him n true friend. He was a great patriot and loved his country and language. At every local meeting held in commemoration of Dewi Sant, he took a leading part. Patriotic literature always delighted him and the shelves of his library were well stocked with such.

He figured prominently as a poet, and later captured the chair and money prize at Bodringallt Eisteddfod for an ode oil “The Sinking of the Titanic.” He won the prize for the best “englyn” to the “Rocking Chair” at the last Eisteddfod at Mountain Ash. He competed at the Cardiff National when he was quite young on an ode to “Gladstone,” and, afterwards published it in book form. The ode, on “Mynydd- oedd” is a particularly good poem. It competed in the last Aberaman Eisteddfod. He wrote several incredibly good englynion. His contributions will likely be published by Ebenezer Calvinistic Methodist Church, of which he was a faithful deacon.

The loss to this Church is very great. He was an ideal Christian worker. He never feared to express his opinion frankly and honestly. Whenever he addressed an audience, he seemed to pour his whole soul into the work. His Sunday School class, the prayer meeting, and the “Seiat” will all sadly miss him. The fruit of his labour is abundantly visible. Never had the Philistines the chance to bind him. In all Eisteddfodic meetings at Ebenezer Church, he either presided or acted as adjudicator. Having been, closely, connected with him for 30 years at least, one can testify that his whole life was one of consecration to his Master. His strength lay in his force of character. His services were needed now at Ebenezer more than ever, since the Church has no pastor, and is burdened with a heavy debt. Now he is gone, who will come forward and fill the gap?

The interment took place on Saturday at the Aberdare Cemetery. The Rev. R. Williams, Aberdare, officiated at the house, and the Rev. R. H. Davies, B.A., Bryn Seion, at the graveside. Mourners: following the hearse were: Messrs William Williams, brother-in-law; Edmund Williams. A. John, Thomas Williams, and John Williams, nephews.