He had been elected as one of the three representatives from Aberdare of the first Board of Guardians for the Merthyr Union in 1836 and was High Sheriff for Glamorgan in 1850. In addition to the above works, he had also erected the Taff Vale Ironworks in the Parish of Llantwit Fardre, near Pontypridd, which was for its size, very successful in the manufacture of iron rails, to which he attached a Company’s shop, similar to those established at Llwydcoed and Abernant (Truck shops).

On Thursday, in the early days of June, a large mob assembled at Merthyr and marched over to Aberdare, where they compelled Mr Rowland Fothergill at Abernant House, under penalty of his life, to sign a paper declaring that he had not said that his miners were getting 5s a week more than Mr Crawshay’s. They then demanded food, and the house was literally cleared of bread, cheese, and beer. The next step, for their hunger, was not satisfied, was to visit Aberdare shops. Mr Scale resisted, but the shopkeeper more prudently threw out of the window all the bread and cheese he had, and then they marched back to Merthyr.

On his retirement in 1838 Rowland Fothergill  moved to Hensol Castle, the management of the ironworks and the collieries, were entrusted to his nephew, Richard Fothergill III.

Roland Fothergill died on September 19th, 1871 and is buried at Pendoylan Church, in the family vault, and the Hensol Estate and its castle, descended to his heiress, Isabella, daughter of his sister Ann, who married in 1877 Sir Ross Lambert Price, Bart., Roland Fothergill never married. 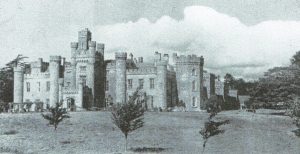 Rowland Fothergill was one the early founders of the commercial prosperity of this district have been taken from the world in which they toiled so laboriously. Following the Guests, the Crawshay’s, Mr. Alderman Thompson, Mr Anthony Hill, and the well-known names of Homfray and Forman, with whom he so long was connected, Mr. Rowland Fothergill has been the last to quit the life which, in his case, was so eventful and so fruitful. Although he can hardly be considered a pioneer of the movements which have resulted in the great iron manufactures of South Wales, Mr. Fothergill was one of the little baud of ironworkers who were connected with our staple trade ere it had grown into the gigantic system it has since become.

He  was born in 1794, some twelve years after that distinguished Guest who was subsequently created a baronet, he entered the world when Dowlais bad just commenced its upward course, when Richard Crawshay was working hard at Cyfarthfa to lay the foundations of his after prosperity, when Richard Hill was sinking capital at the small works of Plymouth, and the new works at Penydarren were being enlarged by the addition of a second furnace. His connection with the iron trade commenced while he was still a young man. In conjunction with Mr Forman he joined Mr Samuel Homfray in the ownership of the Tredegar Works, on which occasion a lease of that vast property was granted them for ninety-nine years.

Shortly after this Mr Fothergill became a part owner of the extensive iron works and collieries of Aberdare, and acted as managing director for many years, during which time his energy and foresight were utilised in developing the resources of the then little known Valley of the Cynon. These works, at a later date, became Mr. Fothergill’s sole property, his interest in the Tredegar Works still continuing. It was while Mr Rowland Fothergill was owner of the works at Aberdare that his nephew, Mr Richard Fothergill, M.P., first connected himself with the iron manufacture. When the former gentleman retired from a busy life to Hensol Castle which he had purchased in 1838, the present member for Merthyr took the active management of the works. 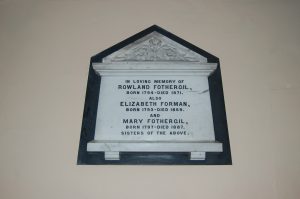 Memorial Plaque to Rowland Fothergill and his sisters

Mr Rowland Fothergill then passed from the domain of commercial speculation, and to the younger generation which has sprung up since his day his name and history were almost forgotten, when the news of his death on Tuesday last recalled to public recollection a man who had been one of the most useful and enterprising of the old school of ironmasters. He had lived quietly, in the world but not of it, in the lovely seat which by his kindness has been made so familiar to so many of the residents in this neighbourhood. He took great interest in horticulture, and his flowers and fruits have taken many prizes at local Flower Shows. But the weakness of age, and health often infirm, prevented him from taking more than a passive interest in the things around him. His death will be none the less felt because it was foreshadowed by his advanced age and the friends who knew him, and the acquaintances who esteemed him for his kindly disposition will share the regret of a yet.

The deceased gentleman also had to relieve himself of active work, a director of the Taff Vale Railway Company. Mr Fothergill, whose nephew is the hon. member for Merthyr died unmarried. It is stated that all the Fothergill’s family which are buried in the crypt of St Cadoc’s Church are buried in leather coffins. 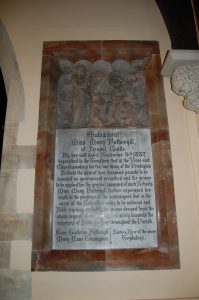