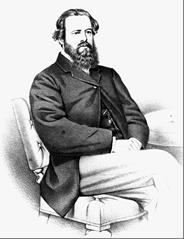 The redoubtable family of the Fothergill’s were early identified with Westmoreland and the North. Countries” They were products of the North, the bleak nursery of strong men. The philosopher of the buckle and lamp has endeavoured to trace analogies between the magnetic and the mental. That we pass over; but certainly, from the North came many of the pioneers of we iron and coal world, though not, be it added, without a blending of native genius.

The Fothergill’s first appeared in this country at Lydbrook, in the Forest of Dean, at Tredegar, and next in the Aberdare district, where the family was represented by Rowland Fothergill, who followed in the track of the Scales, and is creditably supposed to have thriven in the same ratio as that family declines. One of the Scales, who had, a tendency to be pungent with his pen in after years, described Rowland Fothergill as the squire of Hensol, who looked as though he never could stoop with his scythe to mow.”

Mr. Rowland Fothergill was a personage of note in Aberdare in 1819. He was the uncle of Richard Fothergill, and when that worthy was in his erratic youth he came and grew up by the side of the stalwart old man, trained into the mysteries of iron-making, and, when in all the strength of his manhood he careered about the valley, well mounted, scorning highways and dashing about the mountains, few finer types of humanity could be a cavalier amongst the Puritans, one upon whom men looked with pleasure for his manhood and frankness, and upon whom the eyes of women fell with pleasing interest.

As time passed, the changes crept in. Mr. Rowland Fothergill drifted away from forges and furnaces to the arcadian attractions of Hensol, and when he died in the fullness of years Richard, the nephew, reigned in his stead. He was now the owner of Abernant and Llwydcoed. Ironworks, collieries, and landed estates were his. Not only had he thousands of men at his command, but a splendid array of able men as managers, agents, Ac., whose descendants we see to-day-all that is left of them, in honourable positions at the Docks or elsewhere; men who since won rank in the industrial world, and held it by unswerving integrity. Roland Fothergill had a brother called Richard Fothergill who looked after Chepstow Ironworks, he had a son Richard Fothergill II, this Richard Fothergill took over from Rowland Fothergill who retired to Hensol Castle which he bought in 1838.

When Mr. Richard Fothergill had gained a position greater titan that held by his uncle, there yet opened out a longer vista of distinction. We find him aspiring to annex the ironworks of Mr. Anthony Hill, the last of the famous Plymouth Iron Company, who died in 1862. His death cleared the way to the ambitious ironmaster, suggesting greater and more successful rivalry to the Crawshay’s and Guest’s by his becoming as potent in the Merthyr Valley as in that of Aberdare. In connection with others, notably Mr. Hankey, a London banker, the Plymouth Ironworks and Collieries passed into his hands, and with remarkable industry he overlooked the workings of each ironworks and colliery. 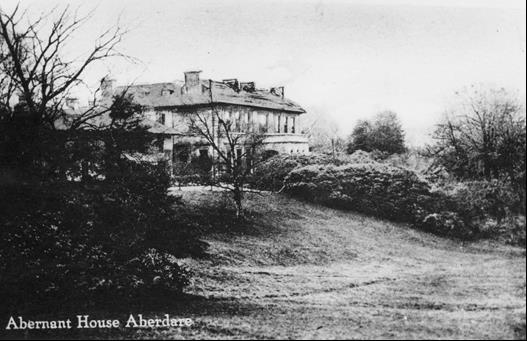 In the zenith of his career as ironmaster he met with a sad family bereavement, and for a time he was overwhelmed, trying to find in religious consolation the anodyne. In time he rallied, and it was not very long before a vacancy in the representation of Merthyr Tydfil aroused in him the ambition to become to the iron and coal district what Sir John Guest had been. Keen student of man, it was not long before he, gained his end, and, amid the cheers of hooraying men, the acclamations of “Fothergill age,” and the blaze of the magenta light won from the coal, he made his way to St. Stephen’s. 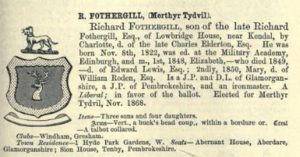 Friends and enemies gave him the credit of having been an active member of Parliament. He did not sit down, resting upon his laurels, but fought for all he was worth in advocacy of the virtues of the coal of Wales. Of course, many said that in doing so he also benefited himself. Be that as it may, he unquestionably did a good deal in the interest of steam coal and was the means first of getting good Admiralty orders and, secondly, of making the beat steam coal of Wales more widely known.

While all intent upon coal, iron, Parliament, the commercial crash came which involved him in disaster, and the star which had arisen so brightly fell. It was a terrible calamity to him and to the district. Many a man wished that Mr. G. Clark’s intention of carrying on Plymouth Works after the death of Mr. Anthony Hill had been accomplished and deplored the acquisition by Mr. Fothergill. Fortunately, time and the merits of the famous Welsh coal brought about eventually some modification, though to this dap old furnaces long disused at Plymouth and the wreck of Abernant and Llwydcoed are evidences of the greatest disaster to the iron industry Wales ever sustained. From that time and Mr. Fothergill’s retirement from Parliament his connection with his old district has been slight. Perhaps one of the best reminders of Mr. Richard Fothergill will be his successes at Abernant House. here, with remarkable taste, he made the unsightly tips attractive, clothing eyesores with leaflage and foliage. 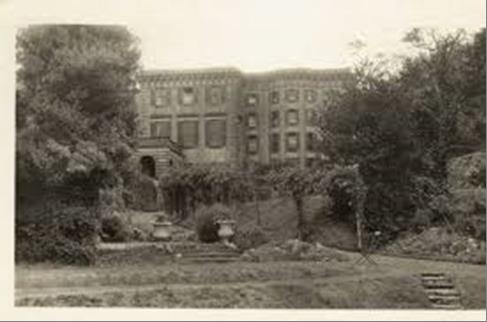 A few days ago, he opened a letter sent him enclosing a ballad addressed to himself and his wife. Both is wife and he, read it through together, he could not trust himself to read it alone. They referred to the hopeful starting of the works. The lines to which he would venture to trust his voice to give utterance, for he could not trust himself to repeat the others, were as follows:

I see a day approaching
Of happiness untold,
When furnaces be roaring,
And iron in the mould
And mighty wheels revolving.
Resounding through the vale
And ponderous hammers sounding
Much louder than the gale.

There will be many a mother
Declaring now with glee
The sound of mills and forges
Are golden bells to me
I’ve been for many a year
In dire need and want,
Since steam has disappeared
From busy Abernant.

Would to God that these wheels could again revolve. But to accomplish this would be a hard task now. Tremendous difficulties must be overcome, and he would, not for one moment mislead them by saying that that could be done which he knew could not be accomplished. But this he did know that not one stone shall be left unturned to bring about this most desired result.

The district would not have been wrecked. It was not his feeling he did not intend to say that these strangers were bad men. They might have been good men, but, if they were, they did not understand Welsh workmen and Welsh employers. They would be perfectly astonished and would not be able to make an answer if they had witnessed the reception, they had given him that night.

He asked his friends never again, if they could help it, to allow strangers to meddle with their affairs. Now if they had any power whatever to bring about the revolving of the wheels at Abernant as spoken of in the ballad, he must try to induce the introduction of foreign capital into the district. The remark had been made that if he started the works who would guarantee that he (the speaker) would carry them on. He spoke to them as he did because he knew his men. He had been in the business since he was a boy, he was well acquainted with his men and they well knew him. His answer to what had been said would be that Welshmen had discovered the vanity of trusting to strangers and they trust them less in the future.

Deceased a Former M.P. for Merthyr. Mr. Richard Fothergill, formerly M.P. for Merthyr Tydfil, died at Sion House, Tenby, early this morning after an illness extending over a month.

The funeral of the late Mr. Richard Fothergill, of Sion House, Tenby, took place at Tenby Cemetery on Saturday morning. There were no carriages or hearse, the body being borne from the house to the graveyard on the shoulders by employees and others, the coffin being covered with beautiful wreaths and floral emblems.

The remains were followed by Major Sydney Fothergill, M.A. (son), Mrs. Joynson and Miss Fothergill (daughters), Mr. Joynson (son-in-law), and the servants of the household.

The service was performed by the Rev. George Huntington, M.A. (rector), and the Rev. J. D. Fowden, M.A. (curate). The interment took place in the family burying-space.

The coffin bore the following inscription: