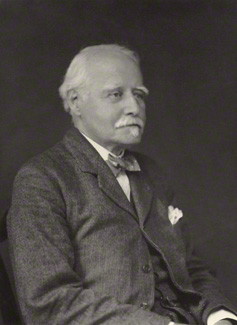 John Crichton-Stuart, fourth Marquis of Bute, Earl of Windsor, Earl of Dumfries, Viscount Mountjoy, holder of nine other titles in the peerages of Great Britain and of Scotland, and a baronet of Nova Scotia, died yesterday evening at his home, Mount-Stuart, Rothesay, Isle of Bute. He was 16th in descent from Robert II, King of Scotland.

Born on June 20, 1881, at Chiswick House, London, he received his early education at home under three tutors and under the direction of his father, the third Marquis, a most scholarly man, who was Mayor of Cardiff in 1890 and president of the Cardiff University College in the same year.

At the age of six he opened the Roath Dock, Cardiff, and cut the first sod of Roath Park, for which his father had made a free gift of land of the value of £50,000, and his remarks in perfectly spoken Welsh on that occasion took the great and enthusiastic assembly by surprise.

Lord Bute, or the Earl of Dumfries, as he was then known was for a brief period at Harrow, and also spent one term at Oxford. He was particularly fond of natural history and botany.

As befitted a man who owned about 117,000 acres, Lord Bute took a keen interest in agriculture, and encouraged his tenants to breed the best stock. He contributed not a little towards the success of the Royal Show at Cardiff in 1919, when he entertained a distinguished company at Cardiff Castle, including the Prince of Wales, now Duke of Windsor. He was also a liberal supporter of the show when it was held in Cardiff in 1938.

His work in restoring Caerphilly Castle and his share in the restoration of Cardiff Castle will long remain as monuments in Wales to his memory as a patron of architecture.

In World War I, he enlisted as a private in the Inns of Court Officers’ Training Corps and was known as Pt. John Crichton Stuart. For some time he did good work with balloons. Once he was blown behind the German lines, but the wind changed and he was blown back again. At another time his balloon broke loose from London, drifted away in a dense fog and landed in a Devonshire orchard Later he held a commission in The Welsh Regiment and helped considerably in the work of recruiting. He also placed a part of Cardiff Castle as the disposal of the military authorities.

In 1922 King George V, bestowed on him the Knighthood of the Thistle, the most exclusive Order of Scottish chivalry.

Lord Bute inherited from his father a great devotion to the Catholic Church. He was a generous benefactor to its funds and at home and abroad he wielded not a little influence in furthering its welfare. In recognition of his services the Pope conferred upon him the Order of the Golden Spur.

At the time of the amalgamation of the railways Lord Bute sold Cardiff Docks and most of the land on which the docks ate situated to the Great Western Railway Company. The purchase was not divulged, but it was rumoured to be the neighbourhood of £4,000,000. As a result of the sale Lord Bute acquired large interests in the Great Western.

Under the title of Mountjoy Ltd, a company was formed in 1922 for the purpose of taking over practically the whole of Lord Bute’s life interests in Glamorgan, Monmouthshire; Breconshire and in Scotland, with the exception of the Isle of Bute.

Included in the organisation were properties in London, and various other securities of considerable value, and the certificate of incorporation showed that there was a stamp duty of no less that £10,000 payable in the company’s capital of £1,000,000 which was in £1 shares!

In May 1938, the board of Mountjoy, Ltd acting for Lord Bute, sold the major portions of their estates in South Wales to Western Ground Rents Ltd. of which Lord Kennet, a director of numerous financial concerns, was chairman. It was officially stated at the time that the manors and other portions of the estate, such as the castle of Cardiff, Caerphilly, Llantrisant, St Quentin and Castell Coch, and their immediate surroundings, the Glamorganshire Canal, Sophia Gardens, and Mountjoy’s interest in the Cardiff and Penarth Road were excluded from the sale.

A grant of probate shows that the fourth Marquis of Bute, who died at the age of 66 last April, left estate amounting to not less that £2,000,000.This is a provisional figure agreed so that the rate at which death duties will be paid shall be fixed. The maximum rate of 75 per cent, is chargeable on estates of £2,000,000 and over.

He left his property to his children, five sons and two daughters, and grandchildren and only two small bequests are made outside the family.

The Marquis died three weeks before his wife and of her he wrote:

“I hope that my trustees may be able to arrange with my heir whereby she may have one of the houses on the Bute Estate or elsewhere, free of rent, rates, taxes, and tenant’s repairs.”