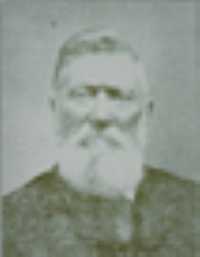 Mr. John Griffiths, secretary of the Lodge of ‘Ancient Britons,’ was the first speaker, and said they were making the presentation to Mr. Roger Williams in recognition of the great good which he had done as treasurer of the lodge of Ancient Britons for the last 32 years. Mr Dan Isaac, secretary of the local lodge of Oddfellows, spoke in a. similar strain on behalf of that society. Mr Jacob R. Jones, Aberaman, said that he had always found Mr Williams “as straight as a pikestaff.”

The three gentlemen deputed to hand the testimonial, which was a magnificent, illuminated address to Mr. Williams were Messrs. George Harries (Mountain Ash), Isaac Edmunds, and Joseph Wigley, Abercwmboi.

Mr. George Harris said he had known, Mr Williams for a period of 47 years, and had always found him a perfectly honest and straightforward person. Mr. Williams’ good nature they were all well acquainted with. Mr. Joseph Wigley said that the societies which were making the presentation would long ago have been compelled to dissolve had it not been for Mr Williams’ readiness to help them in time of need. The address was then formally handed over by the gentlemen named. Rev. J. B. Davies, Abercwmboi, addressed the meeting at some length. He admired Mr. Williams as an agriculturist. He was the real type of the old Welshman.

He had always absolute confidence in his fellowman. Mr Thomas Thomas said he believed they had met together that evening “to give honour to whom honour was due.” Mr Thomas Davies. Pyle Villa, also made a few remarks, observing that he had known Mr. Williams for 34 years. He had always found him a perfect gentleman. He (Mr. Williams) was so anxious as to the welfare of the societies that he many times paid the contributions of members who were in arrears in order to keep the societies in a solvent condition. The recipient was thoroughly deserving of the presentation. He knew that although Mr. Williams had removed from the place-his heart was still at Abercwmboi.

Mr Augustus Davies mentioned the fact that Mr Williams had been a guardian of the poor for the district he now represented. When he (the speaker) was elected on the Board of Guardians, it was then he became aware of the great good which had been done by Mr. Williams during his term of office.  Mr Roger Williams responded very briefly, and said he was extremely obliged to them all for the great kindness which he had received at their hands. Mr E. D. Williams (son of Mr. Roger Williams) also thanked the meeting for the way they had honoured his father. Bardic addresses were also delivered by Messrs. John Harris and John Evans.

Recitations were also given by Messrs. Joseph Jenkins and John Evans. Mr. Lemuel Morgan recited some verses which had been composed for the occasion by Gwyrosydd. Interesting dialogues were also given by Messrs. T. Charles Morris and John Evans, and W. C. Edmunds and friend. One of the principal musical items of the evening was the singing of the Abercwmboi Male Voice Party, who rendered some choruses in fine style, under the conductorship of Mr Daniel James Evans, Mr T. J. Phillips (conductor of the Aberaman Serenaders) made a capital accompanist, while the secretarial duties, which naturally entailed a great deal of labour, were satisfactorily carried out by Mr Joseph Wigley. The meeting closed with a vote of thanks to the Chairman, Officials, and Artiste, which was carried with acclamation.

The address, which was very tastefully executed, was the work of Mr J. Harris, Triumph Studio, Aberdare. The following is the text thereof: “A good name is better than precious ointment. He that aims high does not strike low.” To Roger Williams, Esq., late landlord of the Capcoch Inn, Abercwmboi, Aberdare, and treasurer of the three registered lodges of friendly societies held thereat, viz., The ‘Anne Bailey’ Lodge of Oddfellows, opened in the year 1854; the ‘Iolo Morganwg’ Lodge of Ivorites, opened in 1861, and the ‘Tywysoges Wayne Morgan’ Lodge of Ancient Britons, opened in the year 1874.

Dear Sir and Brother, Inasmuch as you have given up the business of the Capcoch Inn, and have retired to a private residence at Mountain Ash, and also that you wish to give up the Treasurership of the above lodge on account of your removal, we, the undersigned, have been deputed by the members of the above-named three lodges to hand you this address with your photograph, to show our appreciation of your excellent conduct as treasurer to our societies for nearly half a century for the Oddfellows, and for the Ivorites and Ancient Britons since their opening. We never had any trouble, anxiety, or loss, but we found you always ready, correct, pleasant, and obliging, not only as a treasurer, but as a full, healthy, and encouraging member of the three lodges. We a.re proud of you as a friend, neighbour, and an inhabitant of the place, and your high moral character, sobriety, and respectability adorn our clubs. It is well admitted that your word is always as good as a bond. Dear Sir and Brother, please accept this address in the spirit it is offered. Its monetary value it but little, our object being to put on record that you, as a brother and treasurer, have well and faithfully fulfilled your duties.

May your health and strength remain unimpaired, and may your years be many, and may our Heavenly Father give you and yours His blessing is the sincere prayer of us all. On behalf of the Lodges, we are, Dear Sir and Brother, Committee: Evan Davies, Edwin Davies (Sen.), Thomas Rees, David LI. Jones, Jeremiah Brown, Evan Lewis, James Davies, Thomas Evans, Evan Thomas, David Jones (junior), John Griffiths, J. Wills, Dan Isaac, Augustus Davies. John Harries, chairman; Thos. Thomas, treasurer; Joseph Wigley, hon. secretary. Capcoch Inn Lodge Room, Abercwmboi.